Do you like exploding something in the Minecraft world? Would you like something much more powerful than conventional TNT? If yes, and you really like explosions and destruction, then this new add-on is what you need. The new add-on adds a new, powerful missile to the world of Minecraft, which can blow up everything in its path. In general, five different powerful missiles will be added to the game, each of which has its own unique characteristics and level of target destruction power.

Missiles such as Normal (standard combat missile), TNT, nuclear, flat, and ender will be added to the world of Minecraft. We draw your attention to the fact that the most powerful and destructive is nuclear, when using this missile it is necessary to get away from the affected area as far as possible, do not underestimate this missile!

A nuclear missile can rightfully be called the most powerful Minecraft in the world and among other existing add-ons that add different missiles. Why? You will be able to see this for yourself in the game!

Also, all new missiles players can craft using simple materials on the crafting table. Let's take a look at crafting recipes and new missiles below.

1. Normal (standard combat), quite powerful missile, defeat effect, and crafting recipe are below: 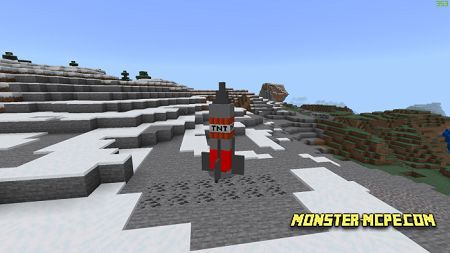 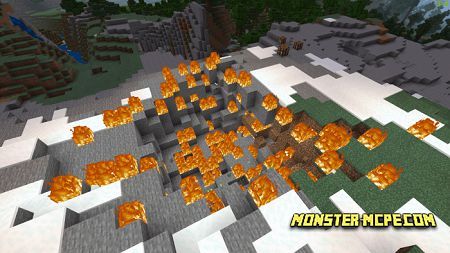 2. The second is TNT, for the effect of the explosion, you can see the screenshot below where a cube consisting of thousands of TNT blocks was created, missile TNT got into this cube, the result is in the screenshot, the recipe for crafting is also below: 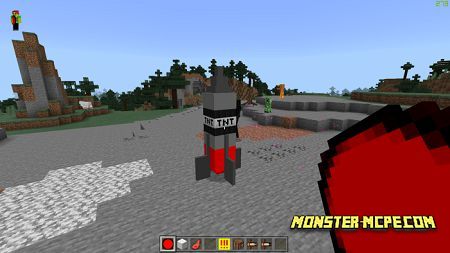 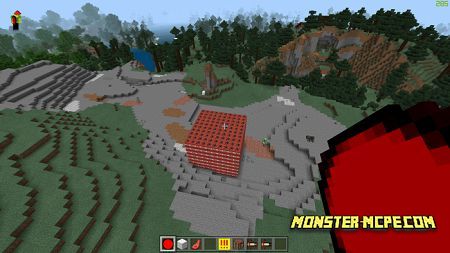 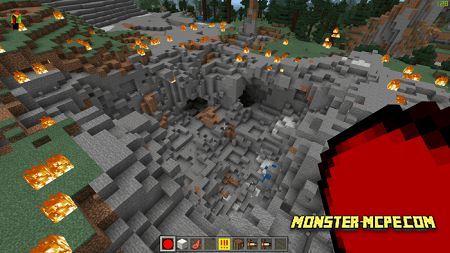 3. The third is Ender, this is an unusual missile since its strength lies in the fact that it raises blocks up, the defeat effect and the crafting recipe are below: 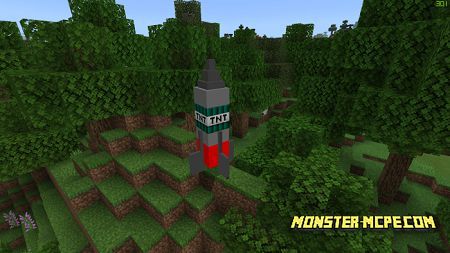 4. The fourth is the Flat missile, when dropped, it removes a certain layer of blocks from the surface! The defeat effect and crafting recipe are below: 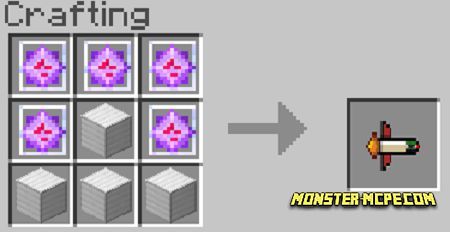 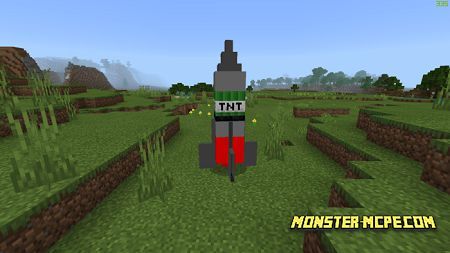 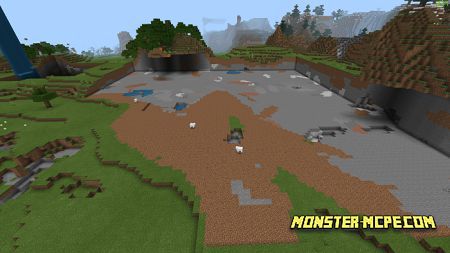 5. And the last, most powerful, and the most destructive missile is, of course, just like in real life Nuclear! ATTENTION: If you have a device with low performance, be it a PC or a mobile device, then you should not use it, otherwise this missile can crash your device! We recommend using only on devices with good performance. The defeat effect and crafting recipe are below: 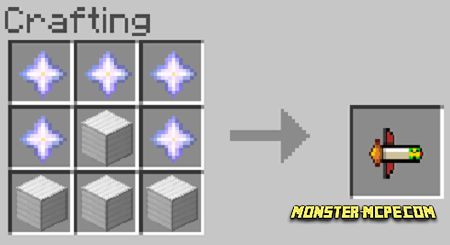 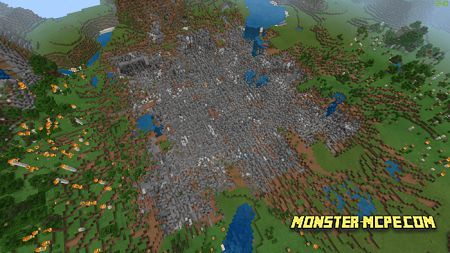 It is quite easy to launch the desired missile by doing the following:

1. The first thing is to craft a special launcher that will power your missile. Crafting recipe below:

2. The second is to craft the Target block! Crafting recipe below:

3. Place the previously crafted Target block in the place you want to detonate. 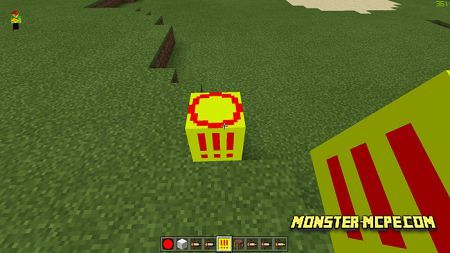 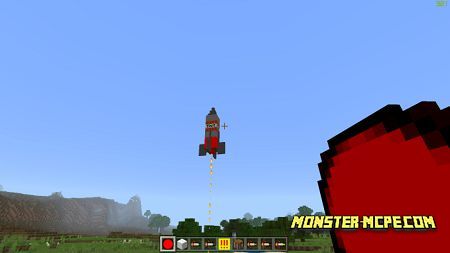 After 25 seconds, your missile will fly to destroy what you have chosen! 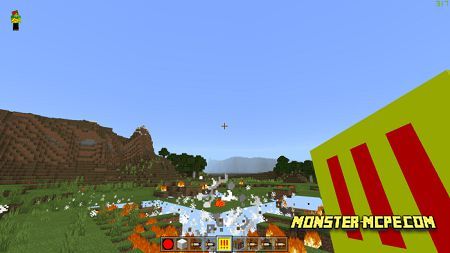 Related News:
3D Combat Addon Beta Add-on 1.16+
Would you like to get a new experience in battles in the Minecraft
More TNT Add-on 1.16+
How often do you use TNT? If you like it often and then this new
Cave Enhancements Add-on 1.16+
We present to your attention a large and fairly voluminous Cave
A Simple and Normal Parkour Map
Would you like to just have fun playing simple but very addicting map
Comments (0)
Commenting