Do you want to get new gems, blocks, and ore to your world? If yes, then the new add-on is exactly what you need. This add-on adds two new gems to the Minecraft world, such as ruby gem and sapphire gem, as well as new ores and blocks, namely sapphire and ruby. New crafting recipes are very easy to use. Let's take a look at the features of this add-on in more detail below.

1. Sapphire, a screenshot of the ore: 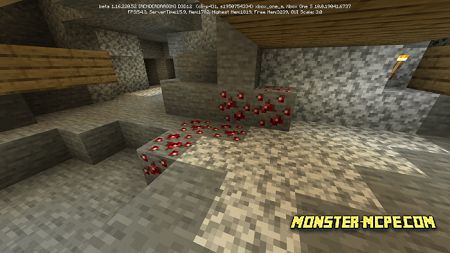 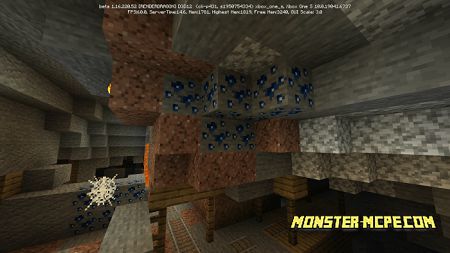 Please note that new ore is generated naturally in the caves. Also, getting them will not be so easy as it seems at first glance. 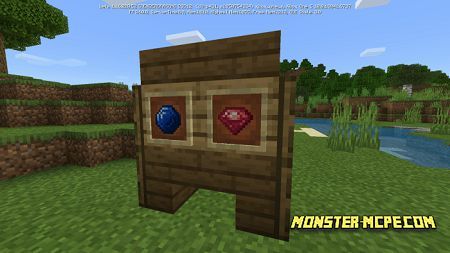 These stones are necessary for players in order to craft new decorative blocks of ruby and sapphires, as well as to craft a new item. 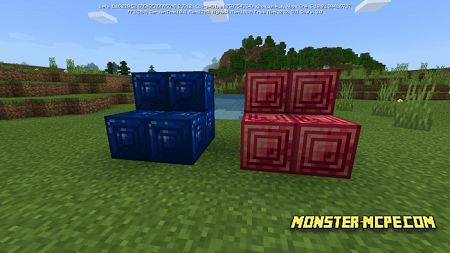 Players can craft new blocks using nine gems of the corresponding type. For example, to craft a sapphire block, you need to use nine sapphire gems, just like for a ruby.

The last thing we would like to draw your attention to is a new item called Ruby Carrot! You can see how this item looks like below: 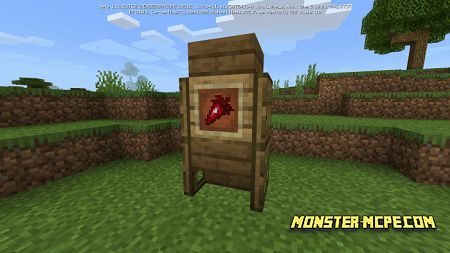 Related News:
Socketed Armor Add-on 1.16+
Would you like to add new armor sets to your Minecraft world? If yes,
Cave Enhancements Add-on 1.16+
We present to your attention a large and fairly voluminous Cave
Jurassic Addon
Jurassic Addon - this is a fairly large and voluminous addition that,
Infinity Stones Addon 1.14/1.13+
We present you the add-on that will change your Minecraft world,
Comments (0)
Commenting