Let's take a look at the list of new structures that will be added to the game below.

1. The first structure is the house of wandering traders. Inside each structure, you can find wandering merchants. This structure will spawn in biomes such as forest, taiga, savannah, and desert. Below you can see screenshots of structures in different biomes: 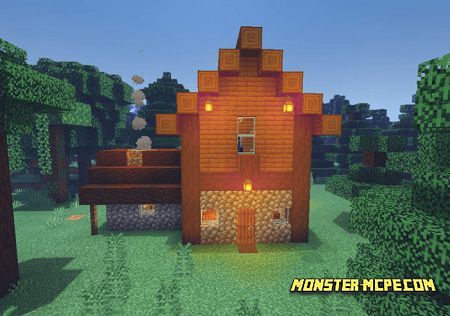 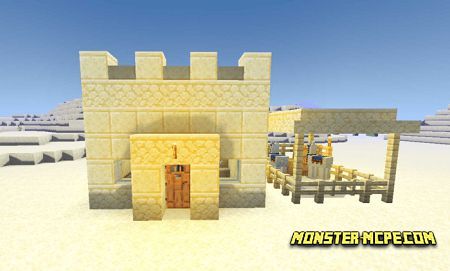 2. The second structure is a fishing hut inside which you will find an NPC. This structure will only spawn on the beach. Below you can see screenshots of the new structure: 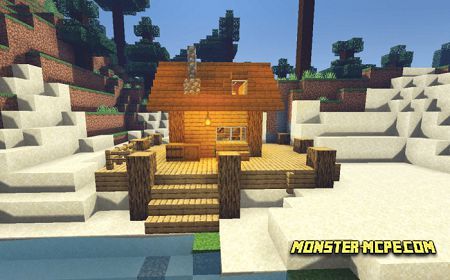 3. In addition to structures in the game, you can also meet villagers in different places. Now they spawn not only in the village but also in the forest, on the plains, in the taiga, savannah, and snowy tundra. They have different clothes and are called lost villagers. Below is a screenshot of the villagers: 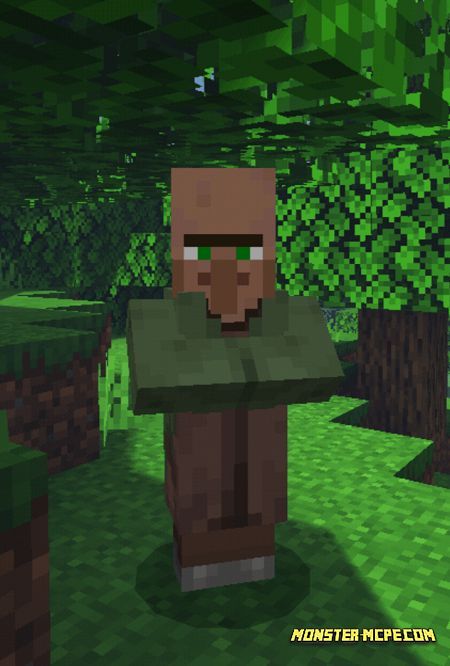 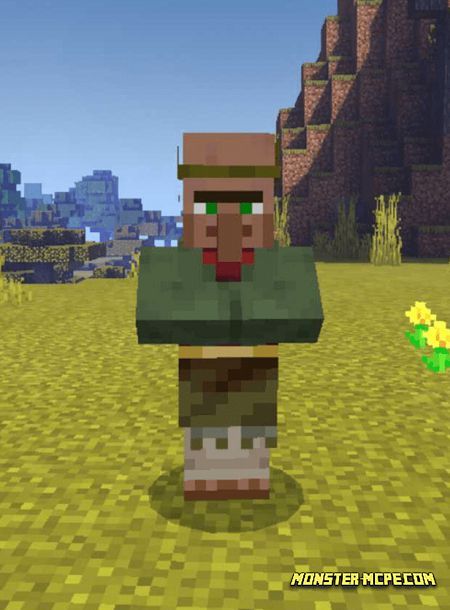 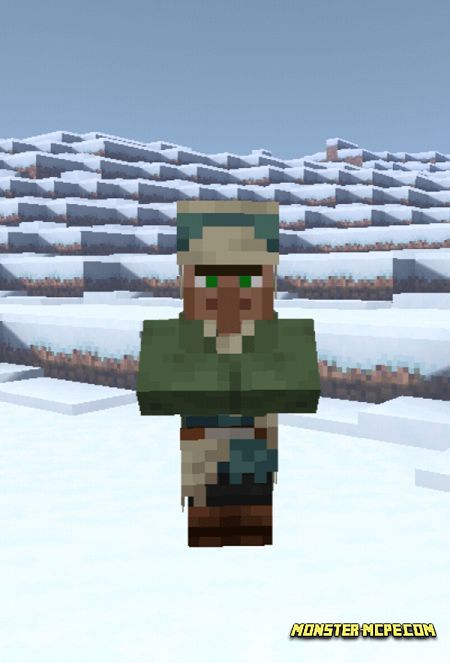 4. Also, now such mobs as the ravager, pillager, and vindicator will spawn in different places. These mobs can spawn in a dark forest. Screenshot of a group of hostile mobs: 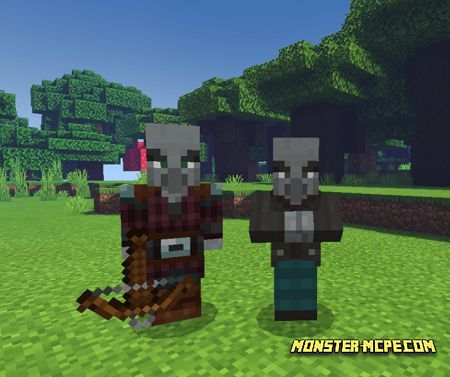 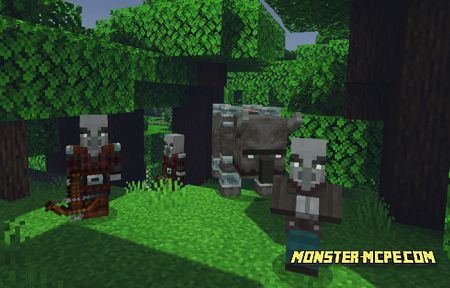 6. In some biomes inside structures, players can find special hidden chests. These chests spawn in the forest, dark forest, swamp, jungle, and mountains. Please note that chests spawn only from 3 to 6 blocks underground. Chest: 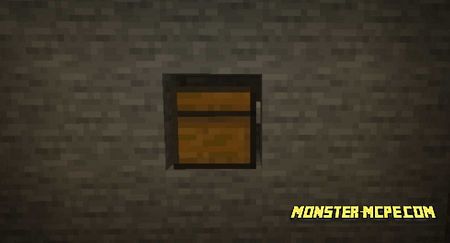 7. In addition to the hidden chest, players can find a hidden basement in which a chest with random loot will spawn. Cellars like this are generated in a dark forest. Please note that they spawn only at least one block underground. Basement screenshot:

8. For fans of archeology, dinosaur fossils have also been added. Fossils will spawn in the desert and swamps. Please note that fossils can only be found underground at a distance of at least 16 or 20 blocks underground. Fossil screenshots: 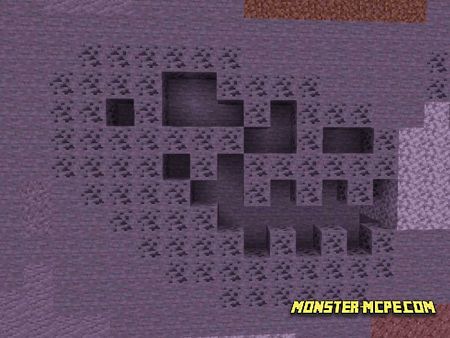 9. In the desert, players can see new large cacti. Spawn only in deserts: 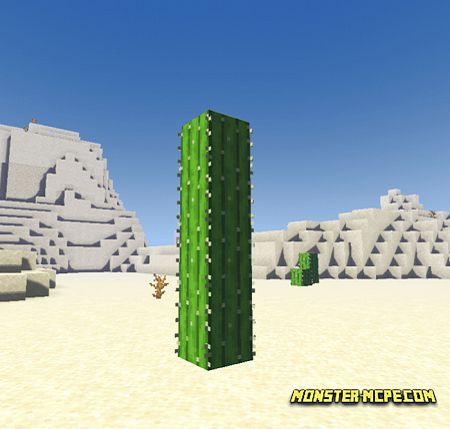 10. Also in the desert, in addition to cacti, oases are generated. They only spawn in deserts. Screenshots of the oases: 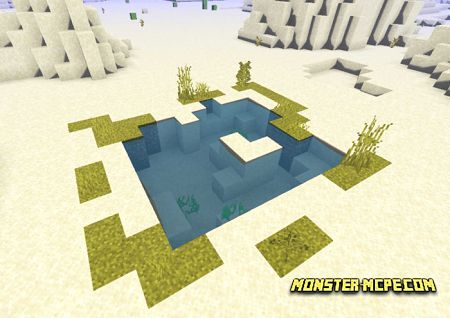 11. New palm trees. These trees will only spawn in the desert. Screenshot of the tree: 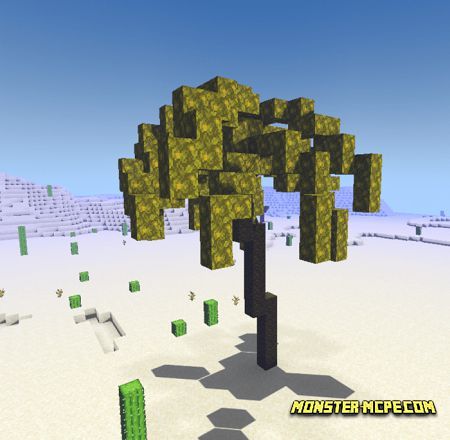 12. Another type of tree, which is called a dead tree (dried up). This type of tree spawns only in the desert. Screenshot of the tree: 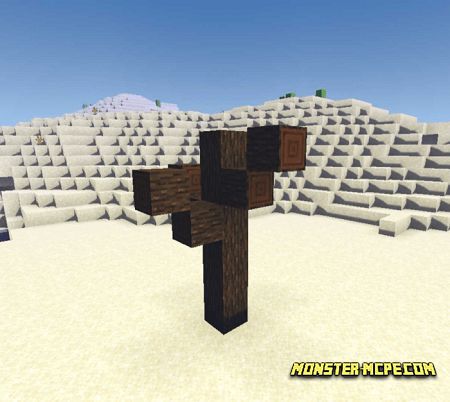 13. In the desert, players can find new structures such as ruins. Chests with random loot will also spawn inside such structures. They only spawn in the desert. Ruins screenshot:

14. In the swamps, players can find new structures in the form of swamp houses. Inside these houses, you can find chests with random loot. As you understand, they spawn only in the swamp. Screenshot of houses: 15. And the last is the big pillager ship. This ship spawns only in the ocean. Also, inside the ship, you can find a chest with random loot. Screenshot of the ship: 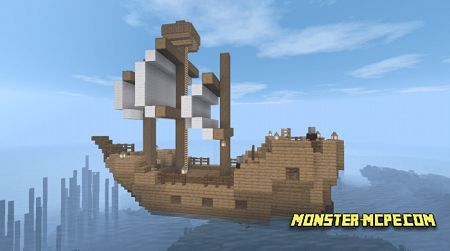 Related News:
Village & Swamp Hut Seed
Would you like to discover a new location with new interesting
Cave Enhancements Add-on 1.16+
We present to your attention a large and fairly voluminous Cave
Minecraft Dungeons Merchants Add-on 1.16.40/1.16+
Would you like to add new merchants to your world? If yes, then the
Taiga Village, Outpost, Jungle, Swamp, Witch Hut and 3 Ravines
This seed will give you the opportunity to visit the stunning taiga,
Comments (0)
Commenting