Would you like to be able to disassemble items that you previously crafted but do not use? Probably you could sometimes think about the fact that you have unnecessary items in your inventory that just take up space, or items that you have not used for a long time, but it’s a pity to throw away, if so, then the new addon is exactly what you need. This addon adds a special Uncrafting Table to the Minecraft world with which players can easily get back the resources spent on crafting certain items!

Get back the ingots spent on crafting and use them for further survival. A very useful addon namely the new Uncrafting Table.

The Uncrafting Table is a special unique block that allows players to easily disassemble certain items and get back the resources spent on crafting.

Please note that a new block can return you even the most expensive and valuable resources spent on crafting. 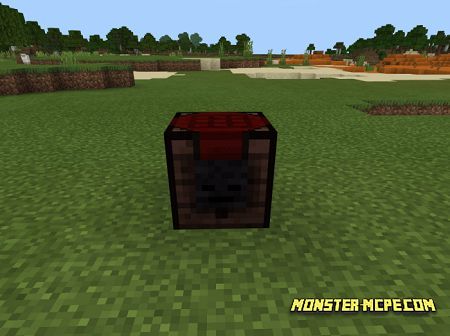 Recipe for crafting a new block:

In order for the process of crafting this block to be not entirely easy, you need to get the Netherite ingot first.

Please note that this block can return your resources back to you from such items as armor and equipment, as well as some blocks.

Related News:
Socketed Armor Add-on 1.16+
Would you like to add new armor sets to your Minecraft world? If yes,
Cave Enhancements Add-on 1.16+
We present to your attention a large and fairly voluminous Cave
Jurassic Addon
Jurassic Addon - this is a fairly large and voluminous addition that,
Automaticraft Add-on 1.15/1.14+
A new large add-on that adds a large number of useful items to the
Comments (0)
Commenting