Would you like to explore new dungeons and locations? If yes, and you are always interested in new places and adventures, then the new addon MoDungeons is exactly what you need! This is a fairly large addon that allows players to add new interesting dungeons to their Minecraft world, and eventually new weapons, armor, hostile creatures, and much more!

This addon will be periodically updated so stay tuned for the latest news. The new addon will interest those players who like adventures and exploration of new places and locations.

New dungeons can be generated in Overworld on certain layers of the Minecraft world. Below you can see a list of the dungeon layers:

Below you can see a screenshot of the new dungeons, where the first is the Soul, the second is the Grove and the third is the Slime dungeon!: 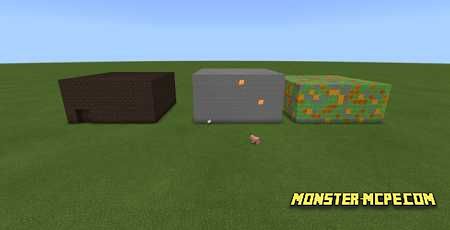 Let's now take a closer look at all the dungeons below.

The first dungeon we'll tell you about is Soul! For those who know what Stronghold is, this is something similar but a mini version and is presented to players in hard mode. Please note that players cannot mine soul stone inside the dungeon. Also, be careful inside the dungeon, because when you go inside, you will not be alone there. In the dungeon, you can face dangerous hostile creatures with which you have to fight. Also, carefully study this place as somewhere inside you can find a hidden chest with useful things. 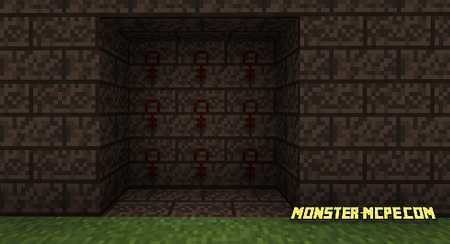 The second dungeon is Slime. This is a unique place where the player will be surrounded by blocks of slime, honey, and magma. Also, the player can get blocks of honeycomb, slime, and honey. Inside this place, you can encounter creatures such as slimes and magma cubes. 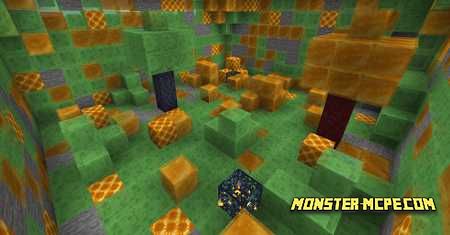 And the last dungeon is the Grove! This is a very interesting and beautiful grove in its own way, which is located underground. Inside this dungeon, you will see a small river, plants, and a tree. You can also notice some elements of the location thanks to the little lighting. In general, this place cannot be called a full-fledged dungeon, it can be perceived as an additional location for playing in the Minecraft world. 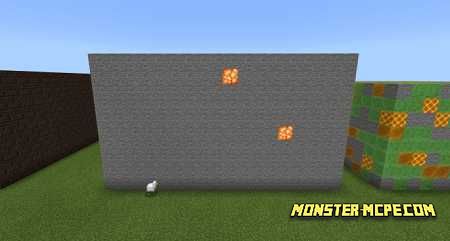 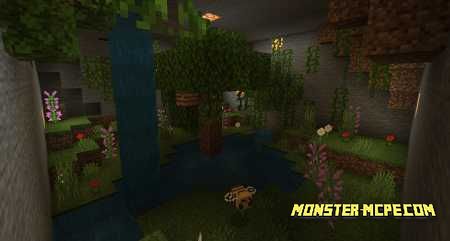 As you already understood, some of the new locations are in the sky, namely the Temple and the Islands. Finding them does not need to spend a lot of effort since they are always in a prominent place. We also draw your attention to the fact that at each of the new locations, players can find a very good loot. But also do not forget that besides you, there may be other entities that can give you a fight.

Below are the screenshots, you can see how the Temple and the Island looks like: 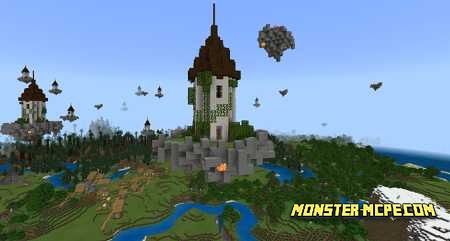 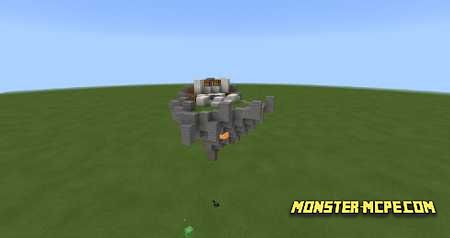 The aforementioned Stronghold updated this place players can also explore new places, inside, very similar to the soul dungeon. Here you need a special door with a key on it. The key depicted on the door must be red. This location is still under development and improvement.
Also, we draw your attention to the fact that dangerous hostile creatures live in this place. 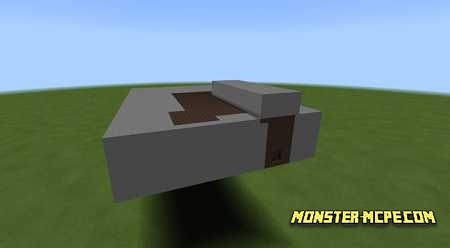 Therefore, having decided to go here, be ready for battle, and do not forget strong armor. In addition to hostile creatures, players can find good and useful loot. Also, we draw your attention to the fact that inside this place players can find a special chest that is hidden somewhere. Finding it won't be so easy, but you should try it as it's a small challenge. Look for it near the iron bars.

Related News:
Minecraft PE 1.18.0 for Android
We present to your attention the new version of Minecraft Pocket
World Animals Add-on 1.16/1.15+
Would you like to add more different animals to the Minecraft world?
Lost Weapons Add-on 1.14+
Are you tired of the monotonous and uninteresting weapon in the
Loki’s Dungeon Adventure Map
A new map that will be interesting to absolutely all players, and in
Comments (0)
Commenting