As mentioned earlier, this addon adds a new currency to the Minecraft world, namely new banknotes in denominations of 1, 5, 10, and 30 dollars. Currencies start at $ 1, after which you can create $ 5, then $ 10 and $ 30. In order for the player to be able to craft the necessary banknotes, you need to use the crafting table.

Below you can see the crafting recipes for each dollar banknotes: 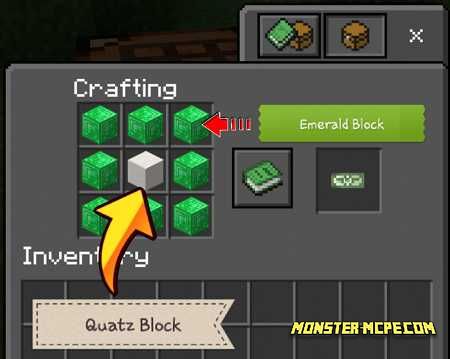 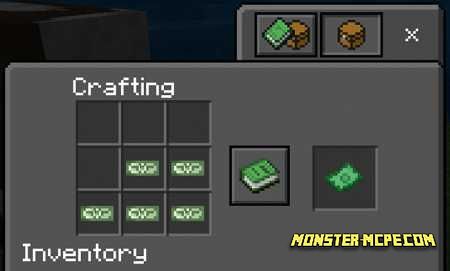 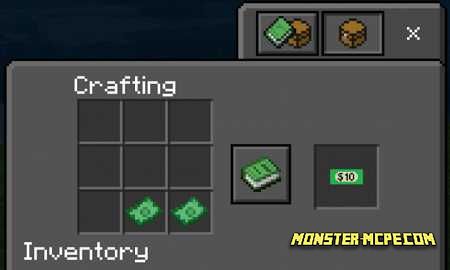 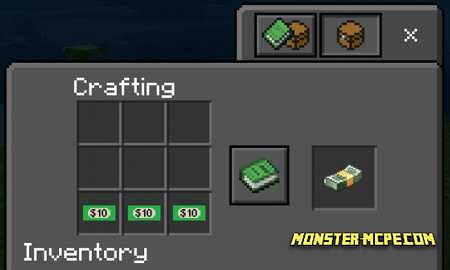 Related News:
Minecraft PE 1.18.0 for Android
We present to your attention the new version of Minecraft Pocket
World Animals Add-on 1.16/1.15+
Would you like to add more different animals to the Minecraft world?
MoSwords Craft Addon 1.14+
We present to your attention a huge addon that adds a large number of
GCS Snipers Vs Thieves Map (PvP) (Minigame)
Multyplayer mini-game, where there are two roles, as Thief and
Comments (0)
Commenting