Have you ever played such a popular game as Among Us? If not, then we recommend playing, as it is very fun and interesting. For those who nevertheless played it and are fans of this exciting game, we present a new addon that adds NPCs from the game Among Us to the Minecraft world! This addon can be used by players for any role-playing games or something else. Also, this addon adds five different colors of the characters of the game Among Us. 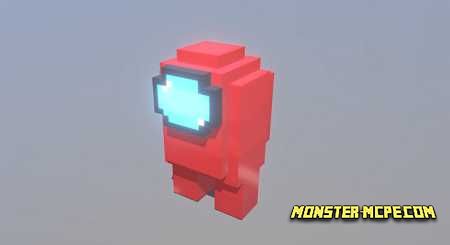 In order for you to be able to get or just look at these NPCs, you need to open the Creative Inventory in the Creative mode of the game. Below you can see a screenshot of what the spawn egg looks like: 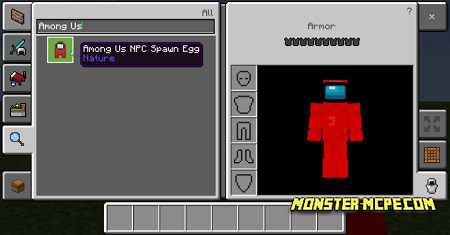 Also, players can summon these characters, for this use a simple command /summon, followed by the text: rio: among_us.

As mentioned earlier, five colors of these characters have been added so far, but other colors will be added in the future. 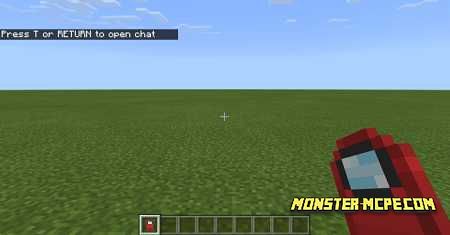 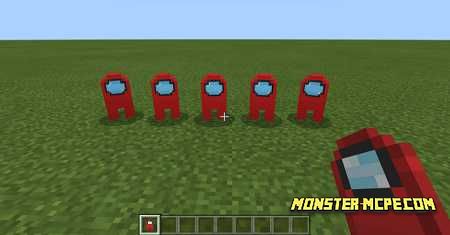 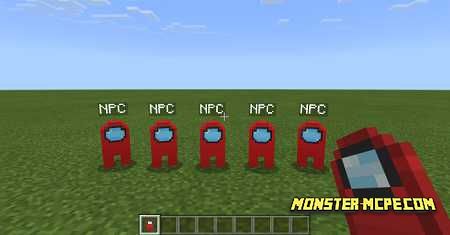 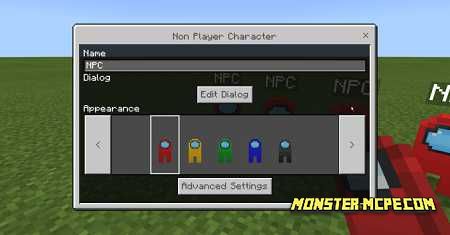 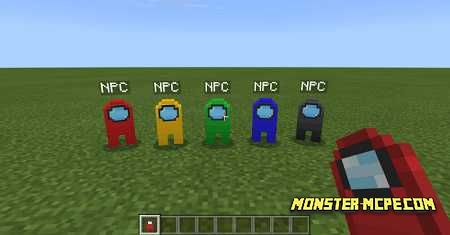 Related News:
NPC Nametag Fix Add-on 1.16/1.15+
Are you tired of NPC nicknames that the player could see from afar?
Motorsports & Rally Vehicles Add-on 1.16/1.15+
Do you like racing cars? Would you like to add eight new types of
Insane Universe: Humanoid NPC Add-on 1.16+
Do you often interact with game NPCs? Would you like other NPCs? If
Minecraft 1.15.0 for Android
Wow, the new version of Minecraft Bedrock Edition 1.15 has been
Comments (0)
Commenting