Introducing a new addon for those players who like cars. This addon adds the well-known Volkswagen Beetle. This is a fairly well-known car, small in size, very economical, has only two doors. More often than not, you might hear it called not the Volkswagen Beetle, but the Bug.

The official name of this vehicle is the Volkswagen Type 1.

This is an old retro car that is very popular even today.

The VW Bug will only be available in one color, namely yellow. Below you can see how it will look in the Minecraft world: 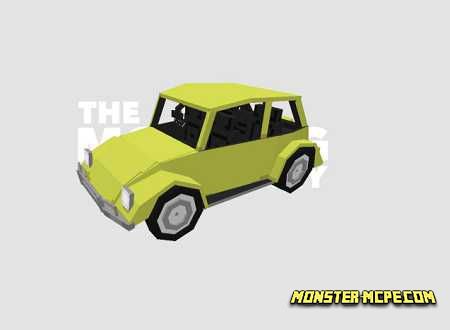 Related News:
TxY’s Better Doors Texture Pack
We present you with a new texture pack that allows players to change
GT Car Pack Add-on 1.16/1.15+
We present to you a very interesting add-on which is a collection of
Volkswagen Beetle Add-on 1.13/1.12+
Have you ever seen the Volkswagen Beetle in life? If not, it does not
Retro NES (Bedrock) (16×16)
This pack gives you opportunity to get textures in retro style, which
Comments (0)
Commenting