How often do you play single player? If often, then you will definitely like the new addon. This addon is for players who like the single-player mode of Minecraft, as it adds new unique mobs. The new creatures such as Derp and Casual will be added to the world of Minecraft. Let's take a look at each new type of mobs below.

The first type of mobs we will look at is called Derp. For those who have not yet understood, this is a Non-Player Character, in other words, an NPC wanders the world of Minecraft. These mobs spawn in different biomes and in different places, regardless of the environment. Please note that only in the Overworld. This mob always moves with its stick. 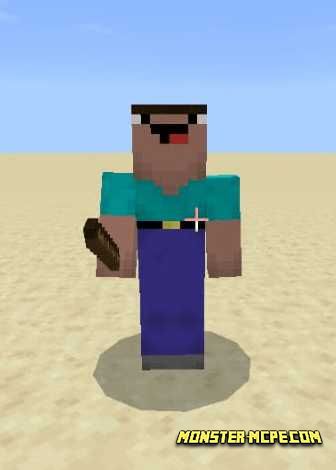 This mob has 20 health points and can deal 1 damage to its target (using a stick). Also, Derp can offer several materials for trading with you. Yes, you can trade with this mob. Below you can see the available materials: 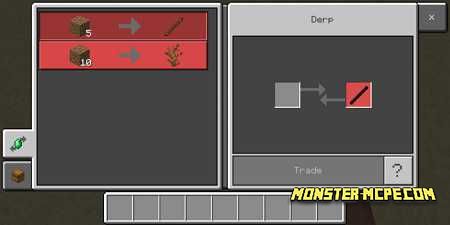 If the player feeds Derp with potatoes, then he will follow you everywhere. Useful if you need the closest trader. Afraid of undead mobs. But you should avoid meeting them if you have a farm nearby, these mobs will trying to attack and kill such mobs as chickens, pigs, sheep, and cows. After death, drops a stick or a dead bush. We also draw your attention to the fact that in relation to the player, these mobs are passive and will not attack, even if you hit him first. 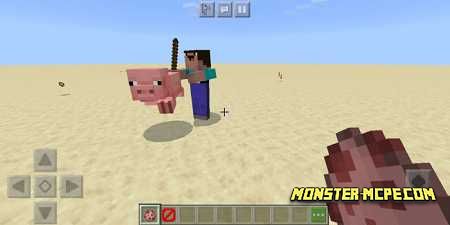 The second type of new mob is called Casual. This mob, like the previous one, wanders in different places of the Minecraft world, namely, it spawns in different biomes throughout the Overworld. 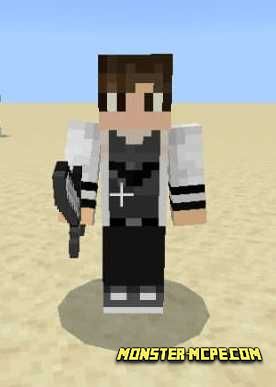 This mob has 40 health points and deals 3 damage to its target without using a sword. Also, the Casual mob may offer certain materials to trade with you.

Below you can see the available materials: 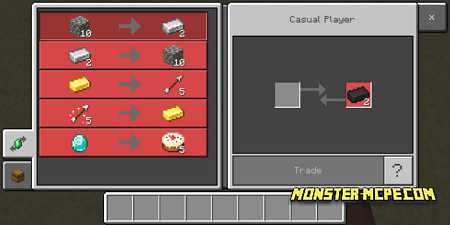 Unlike other mobs, this mob cannot be tamed, just like Derp attacks mobs such as pig, cow, sheep, and chicken, but can also attack other hostile mobs like zombies, husk, and others. Another advantage of these mobs is that they have armor, sword, and tools. 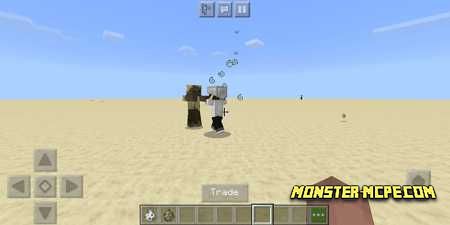 This mob, like Derp, is passive and not hostile in relation to the player. After death, it can drop various items.

The ID of new mobs:

Attention: There is a small bug in the form of shaking hands when mobs just walk. 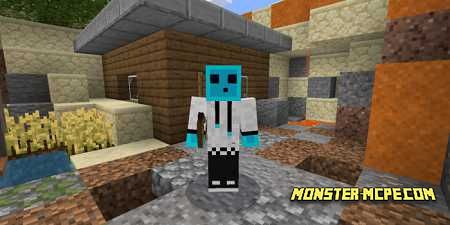 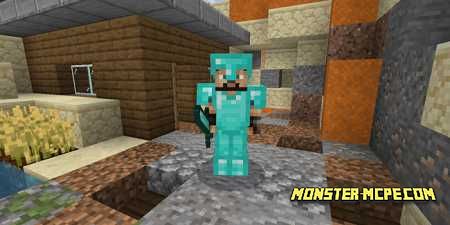 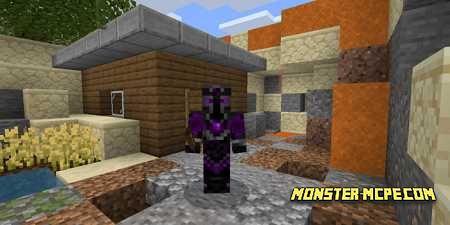