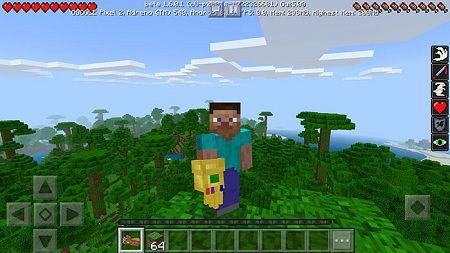 Add-on ThanosGauntlet will replace in Minecraft Pocket Edition one of the elements on theove of the famous Thanos from the film about the Avengers. You can put on the glove on your arm and it has a very high resistance to wear, and it's also gives you some super power. If you wear it, gives you a faster speed to run,to kill enemies with one hit and do much more cool superhero abilities.

The glove will appear instead of a new element from the "Aqua" update - the Trident. This means that you can either get it from creative inventory or from the murdered Drowned Man. Choosing the Glove of Thanos in hotbar, you put it on your hand and get a number of special abilities - your health will be regenerating quicker, jump higher, and run faster. 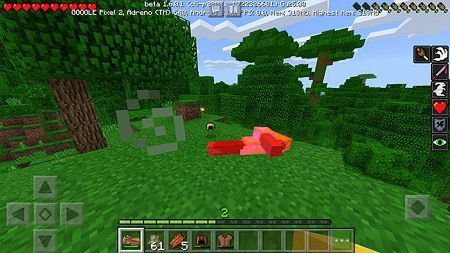 Related News:
Magent And Pagent Add-on (1.8+ Only)
This addon adds a new creature to Minecraft, which are Pagent and
Download Minecraft PE 2.0.0 apk free
A lot of players of PC, X-Box, PlayStation, and of course of mobile
Redstone Mechanic Addon
Increase your playing skills and get a great experience in game,
Spider-Man Add-on
Spider-Man Add-on is a cool mod that creates new features in
Comments (0)
Commenting