We present to you an interesting new addon that allows players to extract useful materials from their armor. This addon is called Reverse Recipe and, as you can see from the name, it helps you get the resources that you spent on crafting one or another armor.

In order for you to fully understand how it works, we recommend reading on.

For example, first use the craft-table where the player needs to put armor, for example, a diamond one, place gold bars around this item, after which the player will receive eight diamonds back.

Please note that today this addon only works with some items and armor.

Have you ever had such that by mistake you accidentally crafted something that you didn't want or don't need? If yes, then this addon will help you get all the useful resources back!

Let's take a look at the recipes for extracting useful resources. 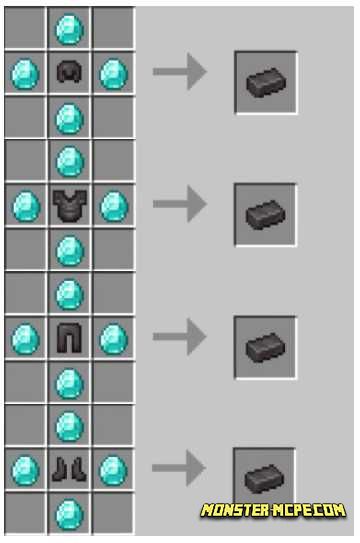 A sword, a pickaxe, an ax, and other items made from Netherite and four diamonds: 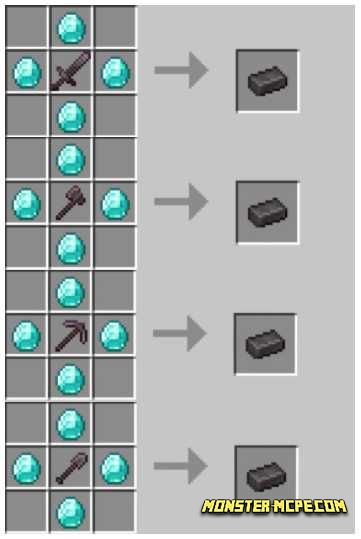 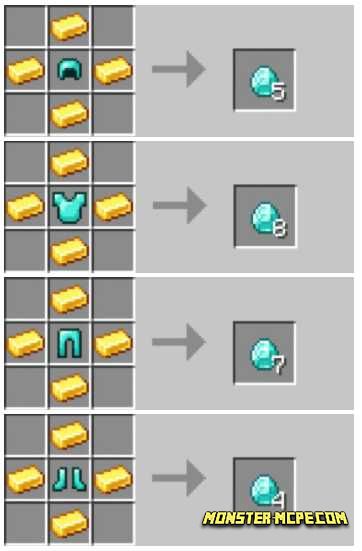 Sword, pickaxe, ax, and other items made from Diamond and four gold: 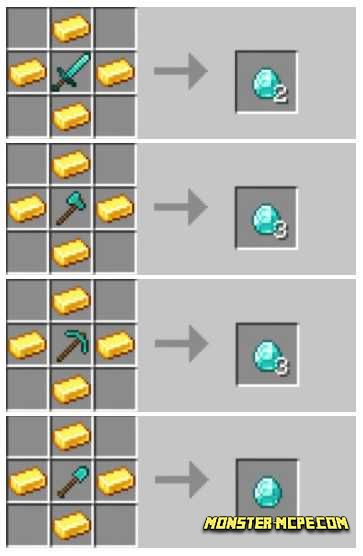 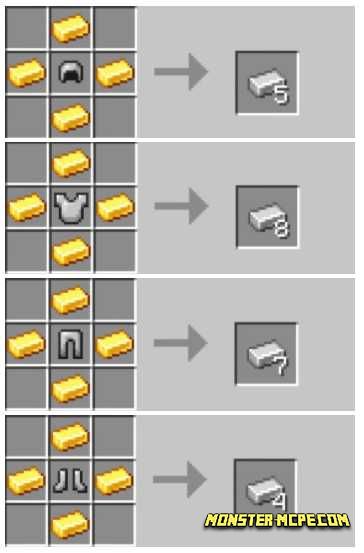 Sword, pickaxe, ax, and other items made of Iron and four gold: 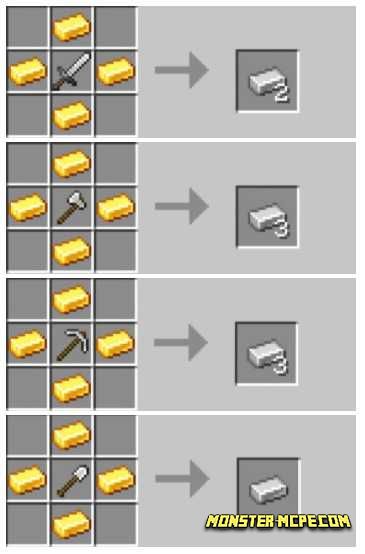 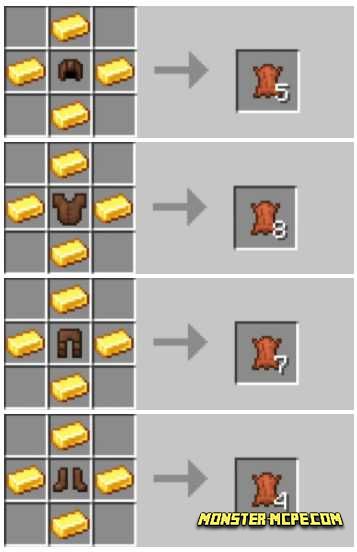 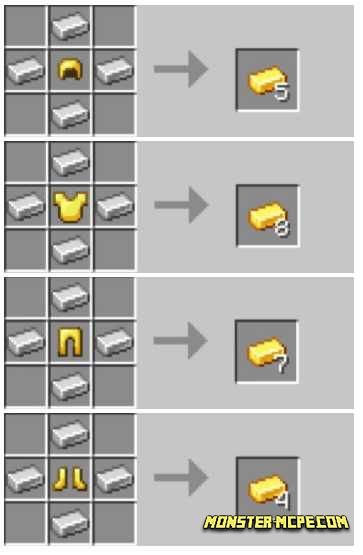 Sword, pickaxe, ax, and other items made of Gold and four iron: 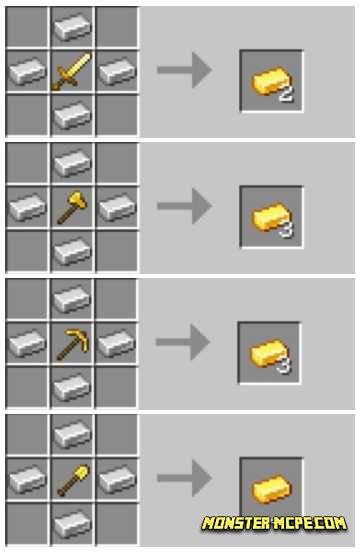 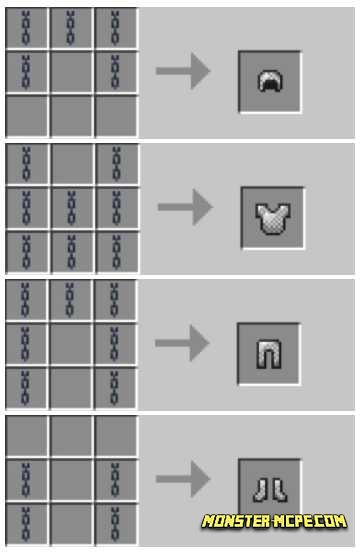 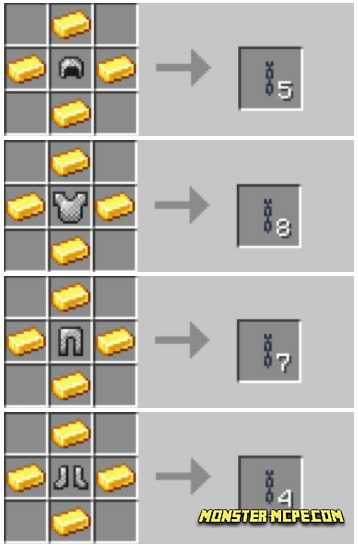 Why is there so much gold, you might ask? This is so that the players during the gameplay were more interested in some kind of business, namely recipes and the extraction of materials since if it were very easy, the players would lose interest in the game.
Facebook
Twitter
Pinterest
Reverse Recipe Add-on 1.16/1.15+
reverserecipe.mcpack
Download free[16.39 Kb]

Related News:
Caps and Hats Add-on 1.16/1.15+
Would you like to add a new accessory to your character? If so, then
Automaticraft Add-on 1.15/1.14+
A new large add-on that adds a large number of useful items to the
Overworld Netherite V2 Add-on 1.16+
Have you ever mine in the nether dimension a new ore which is called
MoSwords Craft Addon 1.14+
We present to your attention a huge addon that adds a large number of
Comments (0)
Commenting