Would you like to mine ore and useful materials for survival in an easier way? If yes, then you will definitely like the new addon. This addon adds a new tool thanks to which players will be able to mine ore ten times faster by breaking blocks with just one click. This device will speed up the mining process, as well as make it more comfortable and interesting. The new tool is called Super Drill!

Before we start telling you about a cool new tool, we would like to point out that this addon requires the use of Experimental game mode. This device only supports Minecraft PE, in other words, only for mobile devices.

As mentioned earlier, this drilling rig is very effective when mining ores, it allows the player to extract the necessary ores ten times faster than if you did it using a pickaxe, so it is more comfortable.

In the world of Minecraft, players will have access to four types of different drills, namely iron, diamond, gold, and netherite. Let's take a look at each of them separately.

In order for players to get a Super Drill, they need to craft it or use a special command in creative mode, such as /da: type_drill

1. The first drill to which we will draw your attention is the simplest one, namely the Iron one. This tool can deal 10 damage to its target. Has such features as slowness and haste of the first level. Hold to use. Since this tool is weak enough, it cannot break Obsidian. We draw your attention to the fact that this tool has a certain number of uses, namely 85. 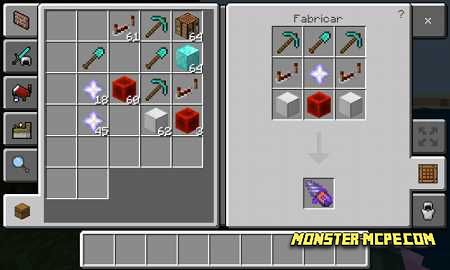 2. The second type is Diamond. This type is more durable and stronger than iron. This tool can deal 20 damage to its target. Has such features as the slowness of the first level and the fifth level haste. Hold to use. Can smash Obsidian. We draw your attention to the fact that this tool has a certain number of uses, namely 340. 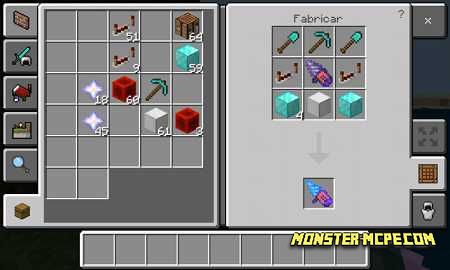 3. The third type of drill is Gold. Quite cheap and simple. This tool can deal 10 damage to its target. This tool can help the player to extract materials that have a low hardness index, namely materials such as stone, gold, and carbon, at the same time cannot break materials such as reinforced block, diamonds, obsidian, iron, and others. We draw your attention to the fact that this tool has a certain number of uses, namely 32. 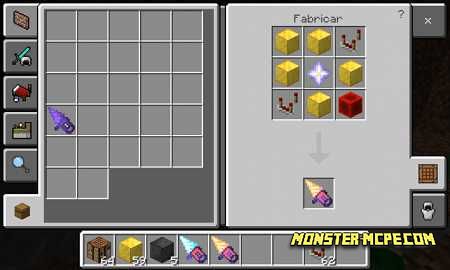 4. And the last type is the Netherite! As you might have guessed, this is the most expensive and most powerful drill in the Minecraft world. This tool can deal 30 damage to its target. We also want to note that this tool can break any other block and get any materials the player needs (except, of course, such blocks as bedrock and end portal). We draw your attention to the fact that this tool has a certain number of uses, namely 630. 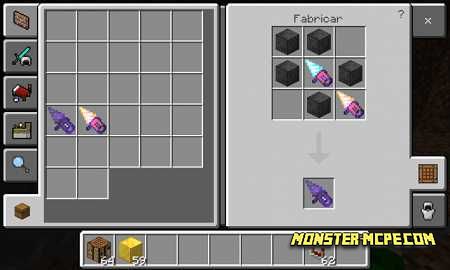 So that you can use the Super Drill and not waste it, just hold it in your hands, get as close as possible to the blocks you want to destroy and use.

We draw your attention to the fact that this tool is very powerful, so be careful, as mentioned earlier, its power is ten times stronger than a pickaxe. Do not use it in your constructions such as a house. 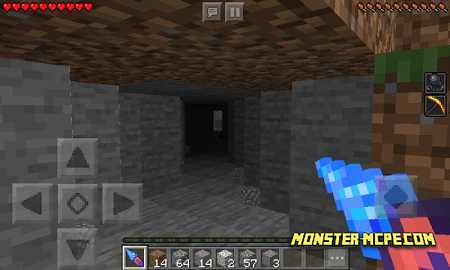 Related News:
Quarry Add-on 1.16/1.15+
Would you like to have such a block that would save your time in the
Automaticraft Add-on 1.15/1.14+
A new large add-on that adds a large number of useful items to the
Liveable Nether Add-on 1.16/1.15+
We have all heard about the new version of Minecraft Bedrock Edition
Lucky Island SUPER Map
We present to your attention a new gaming map called Lucky Island
Comments (0)
Commenting