Have you played a Fortnite game before? If yes then you probably know what role Umbrellas play in this game. We present you with a new addon that adds new items to your Minecraft world, namely the umbrellas from the game Fortnite. These are not simple umbrellas, they are very cool looking and very functional. Using such an umbrella, the player holding it in his hands will get the effect of a slow fall, which can save your life when falling from a great height. Jumping from a great height and holding such an umbrella, the player will not receive damage.

The new addon adds only four types of these umbrellas. In order for the player to get one of them, for this, you need to kill as many hostile creatures as possible such as skeleton, zombies, wither skeletons and creeper.

Let's take a closer look at what umbrellas you will be given for killing certain hostile mobs:

Below you can see how the umbrellas look in the game: 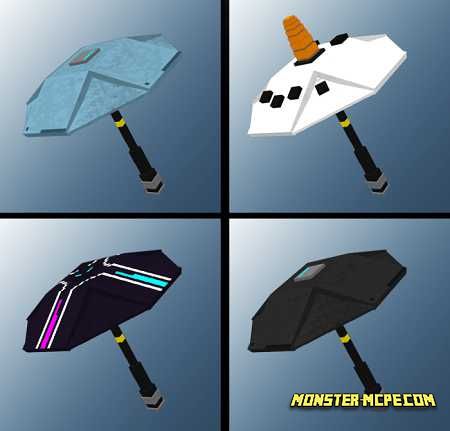 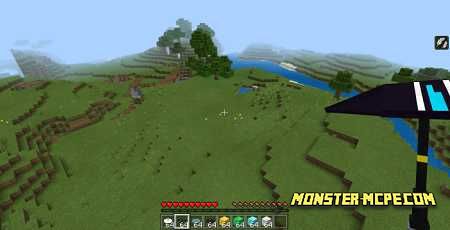 A player using one of the above umbrellas will receive a slow fall effect, which will allow you to slowly descend to the ground without taking damage.

Related News:
Left 4 Craft Add-on 1.16/1.15+
We know you definitely like different mini-games, that's why we are
Doggo Royale – Mega KitPvP Map
We present you with an exciting new survival map called Doggo Royale.
World Animals Add-on 1.16/1.15+
Would you like to add more different animals to the Minecraft world?
Brittling Royale Map
A new gaming map for you and your friends called Brittling Royale!
Comments (0)
Commenting