New mechanisms are available at the nearest armorer. Let's take a closer look at the new cool mechanisms for your Minecraft world.

1. Mechanized Exoskeleton. This mechanism has a large number of health points, can easily jump long distances, has a minigun, which is located on his roof, can quickly move both on the ground and in the water. If damaged, players can repair it using an iron bar or Redstone;

2. Powerful Exoskeleton. This mechanism is so powerful that it can overcome any obstacles that stand in its way, can destroy any base of your enemy, and players can also use it to mine useful materials. A bit slow. In case it gets damaged, players can fix it using an iron bar or Redstone. This mechanism has been improved, from now on it does not burn in lava and fire, also in the Nether world you can use it to extract various materials such as black stone, quartz or netherrack;

3. And the last is Jetpack. This mechanism allows players to fly and ascend into the sky. It is very simple to control it, look up to fly up into the sky or down to fall to the ground. 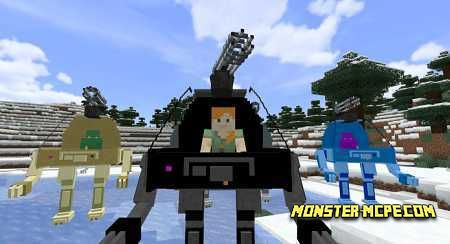 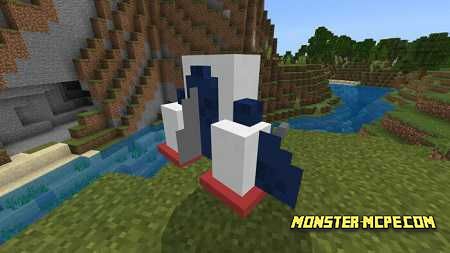 Related News:
World Animals Add-on 1.16/1.15+
Would you like to add more different animals to the Minecraft world?
Mechs and Jetpacks Addon 1.14+
We present you with a new add-on which adds two new mechanisms to the
Download Minecraft Java 1.14
Everyone is looking forward to a new update for everyone's favorite
Redstone Mechanic Addon
Increase your playing skills and get a great experience in game,
Comments (0)
Commenting