We know everyone likes cars in the Minecraft world, but what about a helicopter? The new addon adds a new helicopter to your Minecraft world called Night Owl. This is a very fast helicopter that can move you and your friends from one place to another in a very short time.

The idea of creating this model of a helicopter was not borrowed from real life but from a toy helicopter.

An animation has been added for the Night Owl helicopter. Also, inside the helicopter, there are three seats for you and your friends. 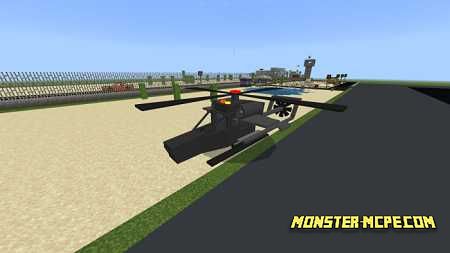 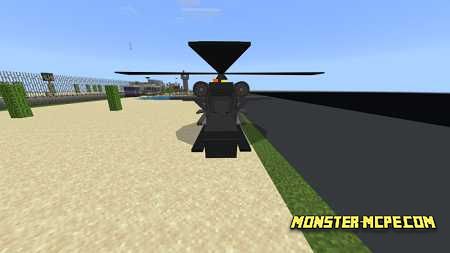 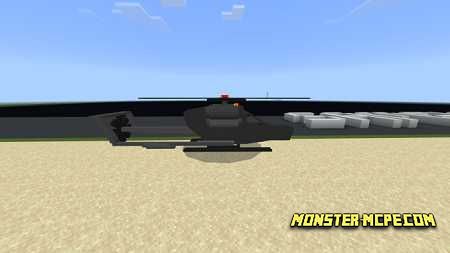 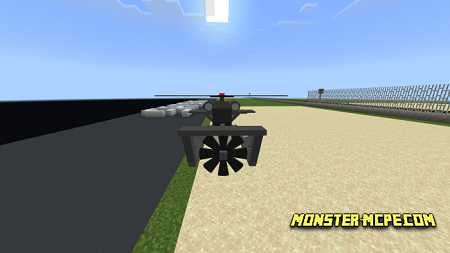 In order for the player to be able to use this helicopter, you need to use a spawn egg from creative inventory or use the special / summon command with the following text: noc:nightowl.

The control of the helicopter is quite simple so that you could take off in the air you need to look up, and vice versa, in order to descend to the ground you need to look down.
Facebook
Twitter
Pinterest
Night Owl Chopper Add-on 1.16/1.15+
night-owl-addon-r.mcaddon
Download free[365.03 Kb]

Related News:
Karma Roadster 1 Addon 1.16/1.15+
Many players like to use cars in the Minecraft world for travel and
Infinity Stones Addon 1.14/1.13+
We present you the add-on that will change your Minecraft world,
Minecraft 1.15.0 for Android
Wow, the new version of Minecraft Bedrock Edition 1.15 has been
Download Minecraft Java 1.14
Everyone is looking forward to a new update for everyone's favorite
Comments (0)
Commenting