Have you thought that the sky in Minecraft is a bit empty? Would you like to change this and make your world more interesting? This addon adds new birds to your world. The new addon will add 7 new types of birds, some of which will be passive and some aggressive.

Birds of prey will be different from neutral ones. 5 species of eagles and two additional species will be added to the game, one of which will be unique, namely the legendary Phoenix bird! From now on, the sky in your Minecraft world will become interesting and more fascinating.

Let's look below which species of birds will be added to the game:

1. The first bird is a taiga eagle. This bird lives in biomes such as Taiga and Snow Taiga. Neutral to players:

2. The second is a desert eagle, this bird lives in such a biome as the Desert. Neutral to players: 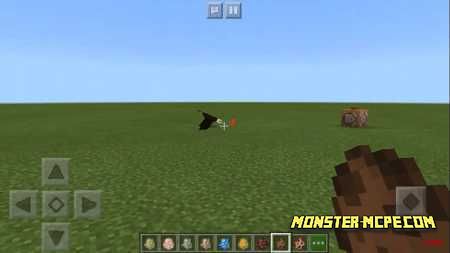 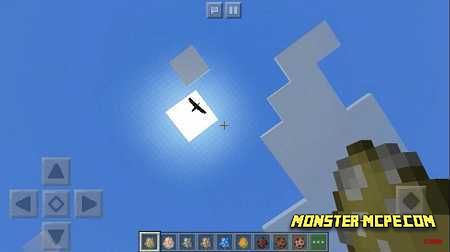 3. The base eagle, a species of bird that lives on ordinary biomes and is neutral in relation to the players. This is a bird that will hunt rabbits only: 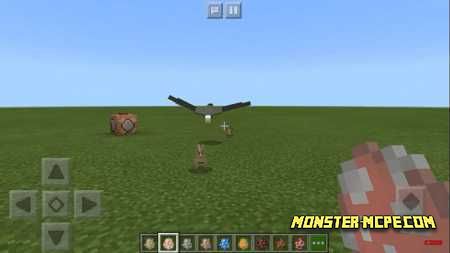 4. The next species is called the snow eagle, it is a bird that lives only in snowy biomes. Neutral to players:

5. Vultures, these are birds that live in the biomes of Mesa and the Desert. They can attack the player but will not cause him damage:

6. Seagulls are birds that live near all oceanic and marine biomes. Able to get fish diving into the water. Neutral to players: 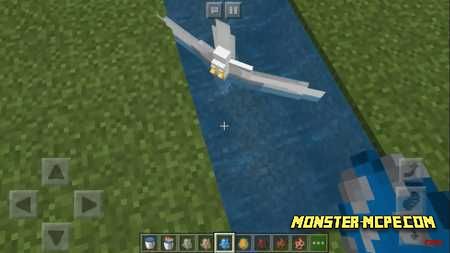 7. And the last bird is the legendary Phoenix! This species lives only in biomes such as Nether. This bird is very hostile and will attack the players causing great damage. We also draw your attention to the fact that they have a fire-resistance feature. 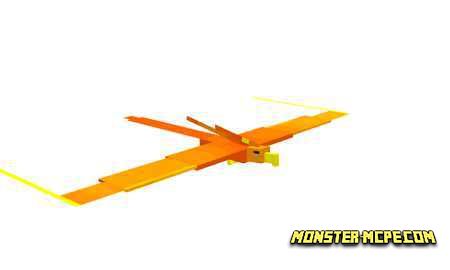 Phoenix can appear only after lightning strikes the eagle. We also draw your attention to the fact that you can find it in Nether since there it will spawn automatically. Damage caused by this bird can be fatal for a player:

Related News:
Sky Update Add-on 1.16+
Have you ever thought about the fact that the sky in the Minecraft
Tools and Armor Add-on 1.17+
You can never have too much armor and tools.
Cave Enhancements Add-on 1.16+
We present to your attention a large and fairly voluminous Cave
More Tools Add-on 1.18
Has it ever happened that you have a lot of resources in your
Comments (0)
Commenting