Have you ever thought about the fact that the sky in the Minecraft world is too empty and, let's say, even very boring? If so, then we present you with a new Sky Update addon that adds new mobs, namely different types of birds and creatures that will make the airy part of the Minecraft world more interesting and fascinating. Using this addon, the sky in the game will no longer be empty and boring. The new addon will fill the sky with new birds of prey, which will also be a challenge for many players.

From now on, the sky in Minecraft will be more lively and interesting, sounds have also been added for realism. Let's take a closer look at the new addon and new creatures that will inhabit the sky of the Minecraft world. 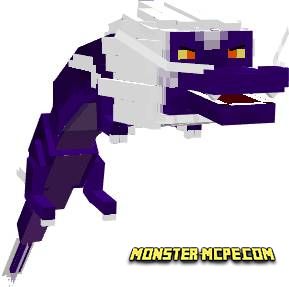 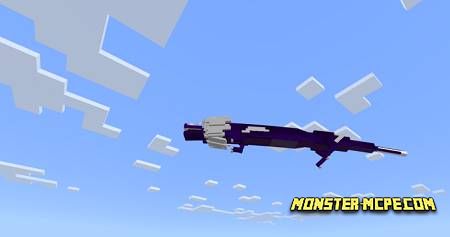 First, players need to use the following crafting recipe for the first part of the item:

After crafting the main part, you need to activate it, for this do the following:

After you activate this item, you will summon a new Boss. 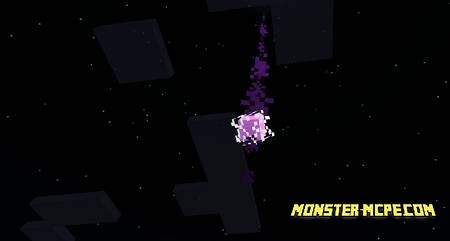 A feature of this boss is that he shoots purple balls, which in some cases can even break certain blocks, so be careful.

Next, we will look at several different types of eagles.

The next mob is less dangerous and not so scary, this is the Eagle. This mob spawns in biomes such as the Desert or Taiga. They hunt for such mobs as chickens, sheep, rabbits, and turtles.

The second type of eagle is the Snow Eagle. As you already understood, this mob spawns only in snowy biomes. They only hunt for chickens, rabbits, and turtles. 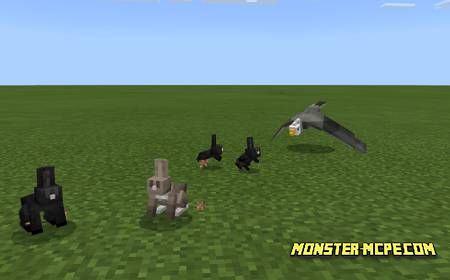 And the last one is the Vulture. These mobs will spawn in Deserts and biomes like Mesa. These birds will attack the player, they are hostile, so be careful. The main enemies of vultures are eagles. 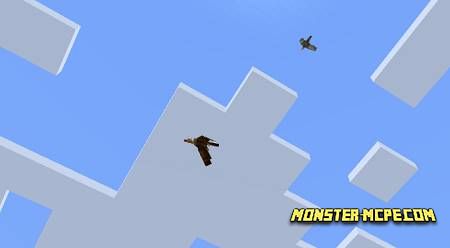 The next flying mob is friendly and not dangerous for players, this is the Seagull. These mobs spawn in large groups near the sea or ocean, that is, coastal areas. These birds hunt only for fish. They can dive underwater in order to grab fish. 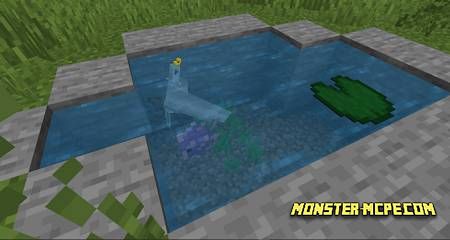 The last creature in this addon is the Phoenix! This is a mystical and very beautiful creature. In order for you to see a phoenix in the world of Minecraft, you need lightning to hit the eagle. After being struck by lightning, the eagle will turn into a phoenix. Unfortunately, these creatures cannot spawn naturally in the Minecraft world.

The main feature of these beautiful birds is that they emit certain particles when they fly, and they also glow at night.

Be careful, as this bird is hostile towards players. 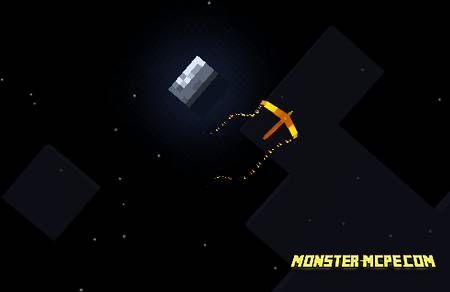 Related News:
Jurassic Addon
Jurassic Addon - this is a fairly large and voluminous addition that,
Minecraft PE 1.18.0 for Android
We present to your attention the new version of Minecraft Pocket
World Animals Add-on 1.16/1.15+
Would you like to add more different animals to the Minecraft world?
Download Minecraft Java 1.14
Everyone is looking forward to a new update for everyone's favorite
Comments (0)
Commenting