Colors – A Remake of ‘Diversity’ Map

A new addon that can be useful to players who need numbers and letters. This addon adds new blocks with numbers and elements of letters and numbers to your Minecraft world. Players can use this addon in order to place new elements, or as decorations.

Before you begin, we draw your attention to the fact that this should be a Survival mode!

Many players often use different elements in the form of letters, numbers, and symbols in order to somehow decorate or to designate some building or some other object, but sometimes this is inconvenient since often we do not see these symbols especially when we are at a certain distance from the object. The new addon is a great and useful addition to solve this issue. Using the new addon, players will be able to use special blocks with letters and other elements in the form of letters and numbers.

Below you can see some examples of how this will look in the game: 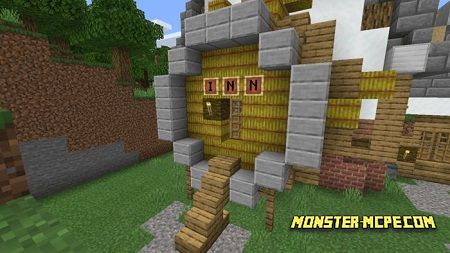 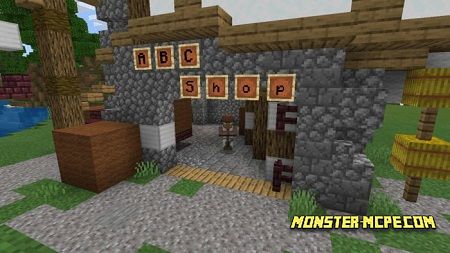 In order for the player to receive these elements, you first need to create a special new item called the Scroll. This is a very important item for creating all the elements. Without this item, players will not be able to create letters and numbers. Below you can see how it looks:

After the player crafts this item, he needs to use it for further crafting. Please note that this scroll has three different variations. Using the crafting table, place the scroll in the center and then add the necessary items to create new elements. Below you can see all three variations of the scroll:

In addition to the scroll, another block called crate will be added to the game. This is an updated crate which will also be available in different variations. This block, depending on what type it belongs to, may contain different letters and numbers.

Below you can see how to craft it: 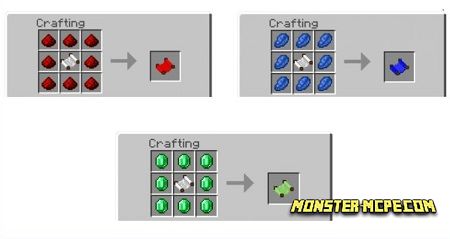 Let's look at what each of the new crates contains: After a player crafts one of the new types of the crate, he simply needs to break it and then certain elements that correspond to this crate will drop. For example, if you break red, then crate will drop the numbers that you can pick up and use to place somewhere else.

In order for the player to craft new blocks, you must first create a placeholder. This is another type of block that you need in order to craft blocks on which the elements will be displayed. This block will be available in two types such as quartz and wooden. Below you can see the recipe for crafting how to create them: 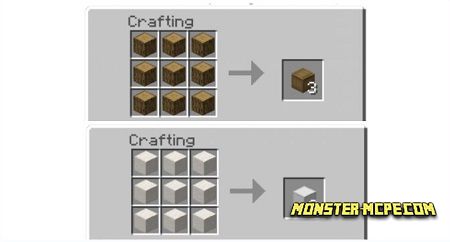 This block combines letters and numbers and places them on the block. Below you can see examples of how this works: Please note that lowercase letters cannot be placed on a placeholder.

In order to better understand how this works, you can also check out the video below:

Related News:
Rating ways to survive in Minecraft
Greetings our dear visitors of the website, players and fans of the
What to do in Minecraft during quarantine?
We present to you a new news section! This is a new section in which
Minecraft 1.15.0 for Android
Wow, the new version of Minecraft Bedrock Edition 1.15 has been
Download Minecraft Java 1.14
Everyone is looking forward to a new update for everyone's favorite
Comments (0)
Commenting