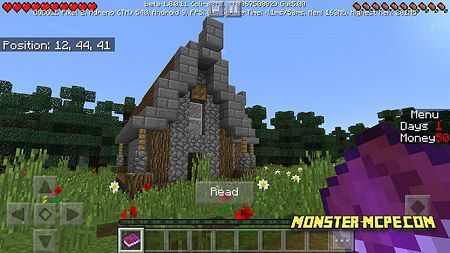 Very interesting role-playing map, which is called Emerald Town. In this survival game, to your main goal is to try to stay alive as long as possible! Player will get the special book, at the spawn place, where he can find the list of quests for successful survival. The general amount of quests is five, each of them will help you to stay alive, by expanding the farm and increasing the amount of your funds. Let's say, one of them is related to your money, the main aim of this quest is to get 100000G, another one is to get sixty-four ingots of iron.

In order to get money, the player should sell his vegetables, which he should grow. 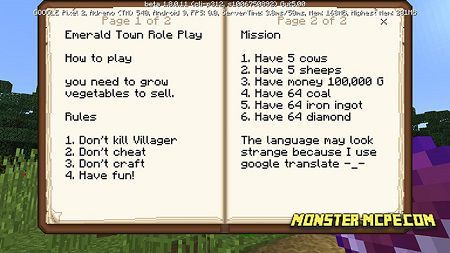 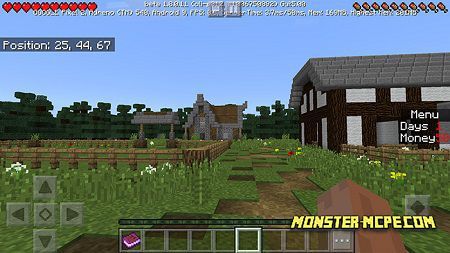 Related News:
Bamboo Farm Design (Redstone) (1.8+ Only)
The new map, where you can see pretty big bamboo farm, which is works
Download Minecraft PE 2.0.0 apk free
A lot of players of PC, X-Box, PlayStation, and of course of mobile
Command Quest (Redstone) (Puzzle)
This map is consist of ten commands for puzzles. The main aim of this
Download Minecraft PE 1.2.10 apk free
Minecraft PE 1.2.10 – one of the most popular games, where players
Comments (0)
Commenting