Under quarantine conditions, there is now no way to travel the world, but you have a great opportunity to visit different countries and worlds in the Minecraft world! We present to you a new city (fictional) created in the style of East Asia. A wonderful modern city with beautiful architecture awaits you.

Although this city is fictional, some of the ideas for creating certain places were borrowed from real cities in Asia. Beautiful Chinese culture, modern structures, and great detail. The new city is called Hangshui! Below are screenshots where you can see the places that players can visit:

2. The four districts of Haishan, namely: 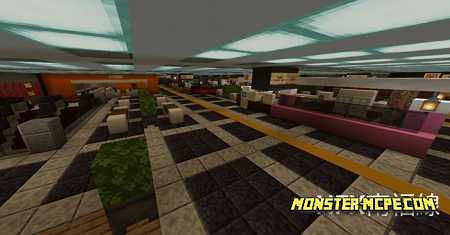 And other equally interesting places:

Related News:
Five Nights At Freddy’s Ultimate Custom Night Map
Have you ever played one of the famous series of the game the Five
More Simple Structures v1.2 Add-on 1.16/1.15+
We present you with a new addon of simple textures that adds twelve
Modern Architecture Add-on 1.15/1.14+
A new add-on for those players who like to build. This add-on adds to
What to do in Minecraft during quarantine?
We present to you a new news section! This is a new section in which
Comments (0)
Commenting