And now again the new beta version of Minecraft Bedrock Edition 1.15.0, but unfortunately this is still not Nether Update. The new version is already available to all users of Android devices. In this version, the developers of the Mojang studio again fixed new errors that were found during the gameplay. Also, new changes have been added to the game about which we will talk a little later. In addition to the mobile version of Minecraft BE, the changes also affected the Java version of Minecraft for PC. The developers decided to change both versions so that they would correspond to each other for the upcoming release of Nether Update.

Check out our previous version in which we described in detail the reasons for the delayed release of the version of Nether Update.

Below we will show you some basic changes, after which you will see a complete list of changes.

1. Iron Bars textures have been updated and are now completely similar to the Iron Bars from the Java version of the Minecraft game. See image below: 2. All items dropped by the player will now have a 3D model. See image below: 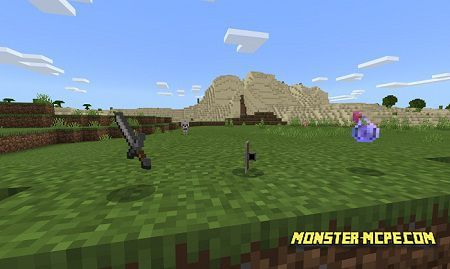 3. After the player places the Boat on the Cactus, it will be damaged, and eventually will completely break. See image below: 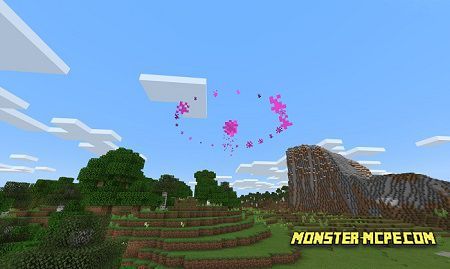 1. Gate placement is now possible without support blocks under them;
2. A damaged bow can now be used to create a Dispenser;
3. The player can remove the flowers from the pot by a simple interaction, namely by pressing the right mouse button;
4. Added enchantment which is called Curse of Binding;
5. Pufferfish when approaching the player, have an average size;
6. Podzol is now generated under large spruces when they are grown by players;
7. Changed the exploding particles of Eye of Ender to match the Java version of Minecraft;
8. The texture of Iron Bar now matches the Java version of Minecraft;
9. Pumpkins can be placed without support blocks under them;
10. Passive mobs now spawn on blocks on which they should spawn;
11. Wither no longer destroys obsidian blocks during its spawn;
12. During rain, players get the effect of Conduit Power;
13. After the player places the Boat on the Cactus, it will be damaged, and eventually will completely break;
14. Tree generation is now controlled;
15. The attacking skull of Wither is now controlled.
Minecraft 1.15.0.51 for Android
minecraft-1-15-0-51.apk
Download free[87.35 Mb]