Does anyone of the players remember the version of Minecraft Pocket Edition 0.13.1? This version adds new Redstone mechanism, mobs and dungeons to the game. This version is available for all Android devices.

In the new version of Minecraft Pocket Edition 0.13.1, a large amount of interesting content has been added. In general, new mobs, Redstone and dungeons in the desert were added.

All this you have to explore in the world of Minecraft. It was a very exciting and interesting survival.

Redstone is an opportunity that allows players to add new features to their Minecraft world. All these features are very simple but will be very useful in the future to automate systems, such as doors with buttons or the ability to turn on and off the light. How to get Redstone? To do this, players need to go deep into the mine. Redstone mechanism is an ore that has a red color and is the main material for creating the mechanism. 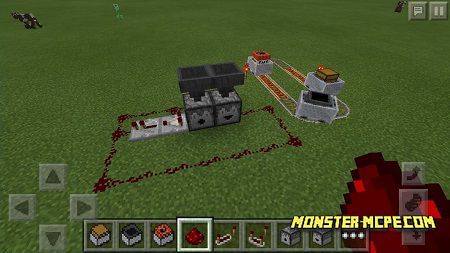 In the version of Minecraft PE 0.13.1, the developers of the Mojang studio added new mobs, these are rabbits. This is a very friendly animal that players can breed using a carrot. If you kill a rabbit you will receive a drop in the form of meat, namely rabbit meat. Use this meat to cook stew. You can also eat this meat both raw and fried. This meal will restore your satiety. 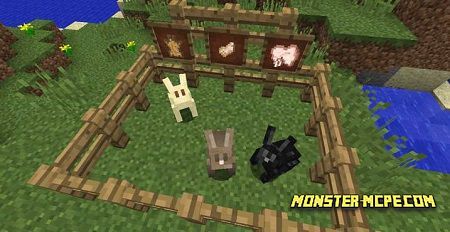 In Minecraft PE 0.13.1 version, players can go to a new exciting dungeon located in the desert. It looks like a pyramid. Inside this pyramid, players can find a secret room where there will be chests with very useful loot. Among this loot can be diamonds, enchantment books, and other useful things.

How to find a secret room? To do this, the player should go into the dungeon and go to the center of the pyramid. In the center, the player will see a special pattern, he needs to break 1 block from the center. But be extremely careful, as if you break the center, you can die because a trap with dynamite is hidden under it. After the player falls into the room, he should immediately break the pressure plate. This will prevent an explosion. 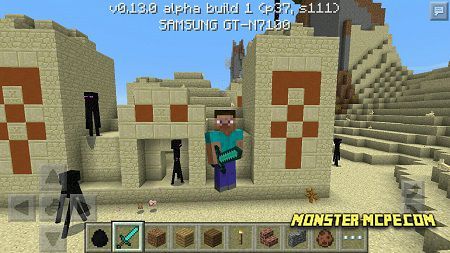 1. Fixed major bugs;
2. Optimization of the game;
3. Added pack with Christmas skins;
4. Changed the main menu of the game.

Related News:
Cave Enhancements Add-on 1.16+
We present to your attention a large and fairly voluminous Cave
More Tools Add-on 1.18
Has it ever happened that you have a lot of resources in your
Tools and Armor Add-on 1.17+
You can never have too much armor and tools.
SpongeBob and Gary Add-on
Perhaps there isn't a person who has never heard of SpongeBob. It's a
Comments (0)
Commenting