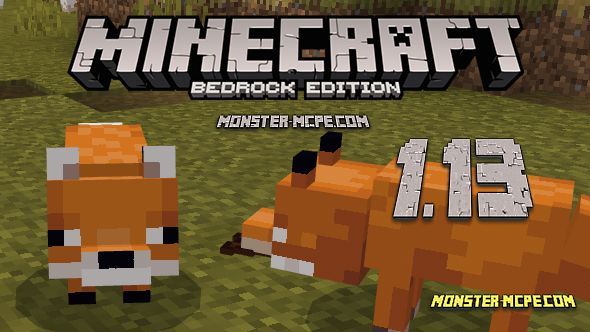 And finally, the good news, we have waited for a new version from Mojang. The developers have announced the release of a new version of the game Minecraft 1.13! From now on available for Android devices. The long-awaited foxes have already been added, as well as many other things, but you can read about it below.

Why did we mention the fox first? And all because it is considered the most anticipated innovation in this version. New animals sleep during the day in the woods, and at night lead an active lifestyle. This mob will spawn in the taiga, both in snowy and in normal. In a snowy environment will have the color of arctic fox. These animals love sweet berries, so you can easily feed them. Also, after feeding two foxes, their cubs will not run away from you.

In case, if a player throws any object to the fox, he will take it in the mouth. They can jump overcoming obstacles such as a wall or fence, they also hunt other animals. Bear in mind that the wolf and the bear will attack the fox if it is located in 18 blocks away of them.

— In case the fox has taken your item, you can throw food to her, and she will spit out the item.
— In order to work the effect of the spell on impact, give the fox an enchanted object in the mouth.
— When a fox holds the totem of immortality in his teeth, he gives it a second life.
— Foxes will not attack players.
— The fox that will be tamed by you will protect you from your enemies. 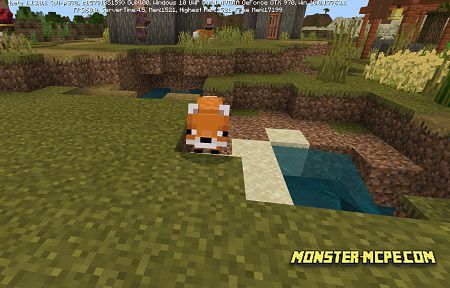 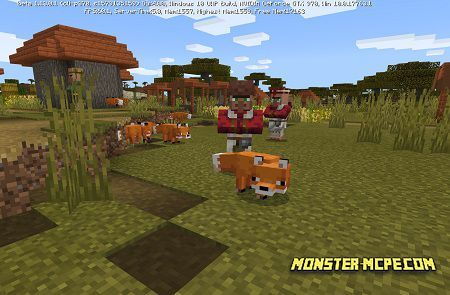 New Structural Blocks were also added to the game, which in turn were also improved. Now the player will be able to use their full copy and paste functionality. The player can save all their buildings, having the ability to transfer their homes to new lands. Soon, we will publish more detailed information on this. In order for a player to have the opportunity to receive new Structural Blocks, he can use two methods: 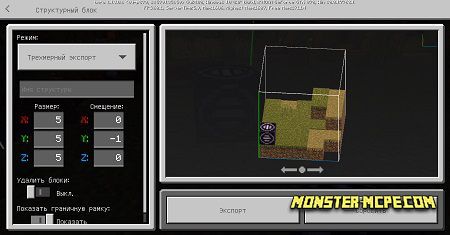 Additional changes, this is a new walking animation. From now on, the player who plays from the 1st person will see changes while walking, the camera, while running, will sway from one side to the other (this will not affect your gameplay). This will only add realism to the game.

One of the most important parts of the game was also not missed, namely, correspondence with other players. Now, the player can use the chat settings, which will change or customize the chat settings, you can also quickly and easily activate the speaker. You can completely turn off the chat. Also, below is a list of what you can change in your chat:

— Text color;
— Font;
— The color of the player's address to another player;
— Line spacing! 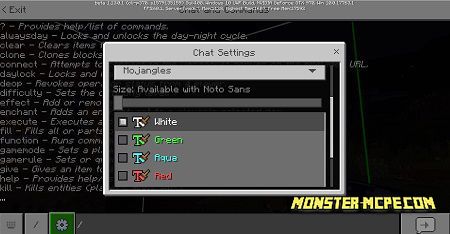 Small changes also received clouds, from now on they have improved graphics. In general, the design has just been slightly changed, which cannot be unnoticed.

Particular attention was devoted to the development of new mods and add-ons. Game developers continue to develop in this area with incredible speed. All that remains for us now is just to wait for new and exciting add-ons for Minecraft Bedrock! Mojang made 32 edits that helped in the development and improvement of add-ons.

According to previous beta versions, we can note that, of course, it was not without bugs and fixes. In total, as many as 123 errors were corrected. We all understand that the new changes are pulling certain errors and bugs, which, fortunately, the developers immediately correct.

Experienced players can confirm and note that without this, no update of the game.

This information is what we have at the moment, follow our articles. We will add more and more interesting in this category. Share this article with your friends, do not forget to write your comments, they are very important to us. Also, on our site you can find much more that can be useful for you in the game, namely, mods, skins, maps and much more!