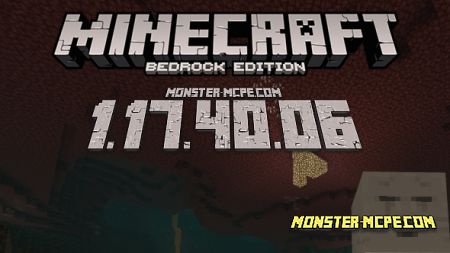 Released a full version of Minecraft 1.17.40.06 on Android. The update added Stone Peaks, fixed 47 bugs and made 23 changes. Most of them were carried over from the test versions. We have listed the main ones.

Stone Peaks.
Generated on top of the mountains. Appear at the junction of warm and cold biomes.
So far only generated when Experimental mode is enabled.
A warm version of the Snowy and High Summits.
Made up of Rock and Gravel.

Fixed bugs
Fixed 47 bugs. Interesting:
Fixed glitches in the Worlds Menu when internet access is lost
A fed character will not eat
World settings are now transferred to Realms when changing worlds
Fixed display of Leash when attached to mobs out of sight
Mobs avoid fire
Improved Bee's spawn
Fixed the Sphere of Experience spawn when entering /summon
More mobs appear under the ground
When teleporting to another dimension, the player will no longer catch fire