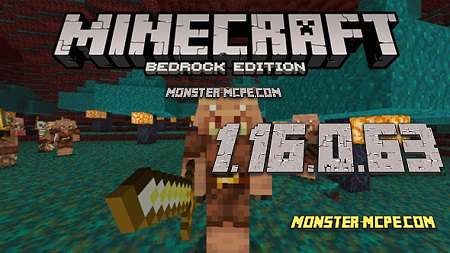 Friends, unexpectedly for everyone, the ninth update of Minecraft PE 1.16.0.63 for Android, as well as for other platforms, is coming out. New design, updated textures, fixes bugs and also improvement in the Nether are waiting for you!

The Mojang development team has finally published beta build of the Nether update. This time, players will see many new fixes and improvements. This is the best way to show that the game is moving forward and doesn’t stand still.

In new version of Minecraft PE 1.16.0.63 developers decided to make more quality content. This update contains a number of changes and improvements that cannot be overlooked.

Thanks to the efforts of developers, many elements of Minecraft Bedrock Edition 1.16.0.63 were redone and polished to the ideal. 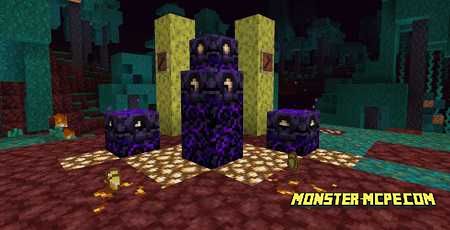 Redesign of the development studio greatly influenced appearance of many changes in the graphics.

FACT: Now Mojang has become Mojang Studios and now it has an updated design. 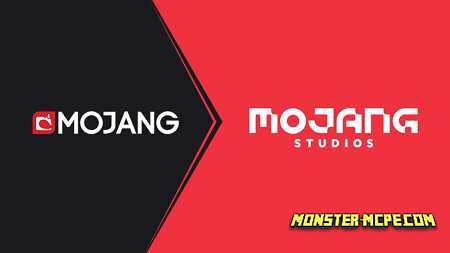 Minecraft PE 1.16.0.63 players can enjoy many graphics improvements, including new textures for:

The Mojang development team also fixed some old errors that lead to crashes in game. 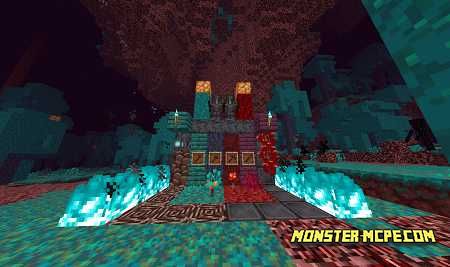 Related News:
Minecraft PE 1.16.0.60 for Android
Have you seen the new version of Minecraft PE 1.16.0.60? If not, then
Minecraft 1.15.0 for Android
Wow, the new version of Minecraft Bedrock Edition 1.15 has been
Download Minecraft Java 1.14
Everyone is looking forward to a new update for everyone's favorite
Find The Pressure Plate Map (Minigame)
The aim of this map is to find a plate, which you should press,
Comments (0)
Commenting