Super Mario World Edition is a new cool recourse pack, that now you can install for Minecraft Bedrock Edition. This graphical addition makes your game world look like Super Marion universe – that’s really amazing! It is worth noting some abilities after you install this pack. For example, new type of items, Mario blocks and textures for already existing angry creatures.

Do you like this original video game? Then we hasten to please you with an excellent package of Super Mario  textures for Minecraft Pocket Edition. It you can turn your environment into the universe of Mario! It is a ported pack first developed for Minecraft: Java Edition. But it is thanks to addition the whole game world in MCPE will be similar to Super Mario!

You can create buildings from Mario blocks, fight new monsters, such as Wither Bones Boss and much more! In general, the fans of Super Mario, you will definitely come up with what can be done with new package for Minecraft PE! 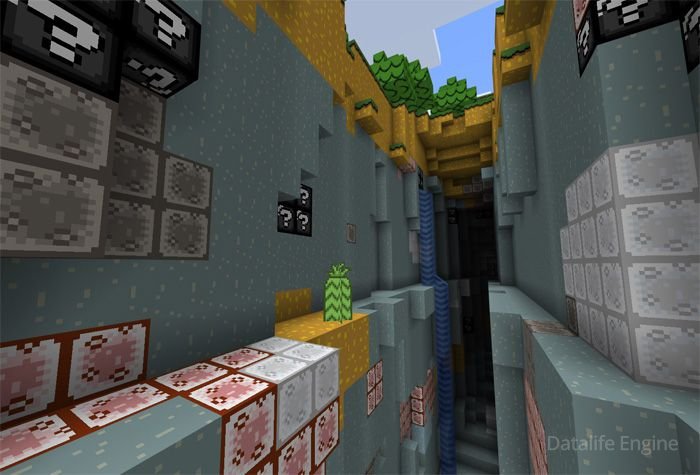 Related News:
Download Minecraft PE 2.0.0 apk free
A lot of players of PC, X-Box, PlayStation, and of course of mobile
Zombie Commando Boss Add-on
New boss was added into MCPE, it is not replaces any mob. You can
Redstone Mechanic Addon
Increase your playing skills and get a great experience in game,
Download Minecraft PE 1.2.10 apk free
Minecraft PE 1.2.10 – one of the most popular games, where players
Comments (0)
Commenting