After the item has been dropped it will be placed on the ground within a few seconds. This applies to spawn eggs for mobs, certain items like a bucket and others. BUT, please note that this function will not work with renamed items.

The player can both activate and deactivate a new function using the /function command. Below is a screenshot with a list of functions: 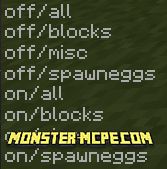 Another interesting feature is a dropped bucket on the ground with some things inside. After the player drops the bucket to the ground, all objects that were inside will be thrown to the ground. After that, you can pick up only an empty bucket.

The list of items that will also be placed on the ground after they are dropped: 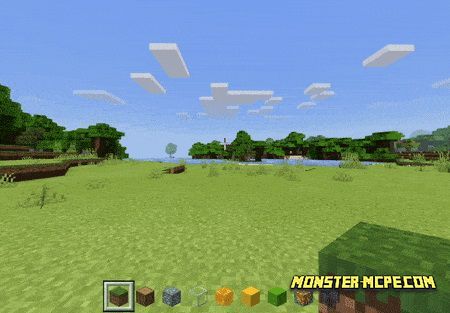 Related News:
Lost Weapons Add-on 1.14+
Are you tired of the monotonous and uninteresting weapon in the
Minecraft PE 1.0.6 for Android
New update Minecraft Pocket Edition 1.0.6. This version is available
Minecraft 1.15.0 for Android
Wow, the new version of Minecraft Bedrock Edition 1.15 has been
Download Minecraft Java 1.14
Everyone is looking forward to a new update for everyone's favorite
Comments (0)
Commenting