Want to diversify your Minecraft world? Are you tired of the monotonous attacks of different enemy mobs, such as zombie, skeleton and others? Then this addon is just for you! This addon adds 3 new tower types to the game, 2 of which will protect you and one spawner tower.

Let's take a closer look at each tower with you:

1. The red tower has 40HP and shoots a large fireball. Will attack all enemy mobs within a radius of sixteen blocks. Below you can see how it looks in the image. 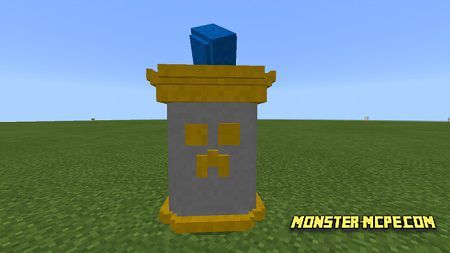 2. The blue tower, like the Red one, has 40HP but shoots with small fireballs. The radius of the defeat of enemies is the same as that of the red tower, sixteen blocks. Below you can see how it looks in the image. 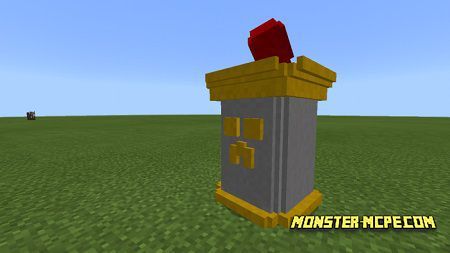 3. The third and final type of tower called Spawner can turn into other towers. The player can find it in the overworld. To spawn the red tower for interaction, use an emerald, and for the blue tower a diamond. Below you can see how it looks in the image. 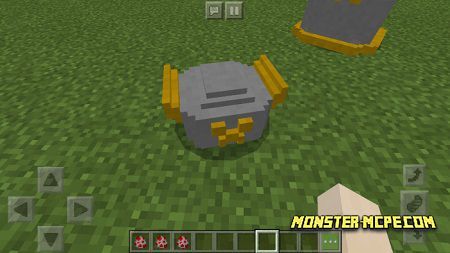 How to create new towers for defense?

The player must first find the spawner tower. In general, finding it is not so difficult. After that, use a diamond or emerald for interaction. Point it at the aforementioned tower, with which we want to get a red or blue tower, and click on the button that appears after.
Facebook
Twitter
Pinterest
Defense Towers Add-on 1.14/1.13+
defense-towers-add-on.zip
Download free[1.34 Mb]

Related News:
Download Minecraft Java 1.14
Everyone is looking forward to a new update for everyone's favorite
Nitwit Spawner Trader Addon 1.13/1.12+
A new add-on that adds trader to nitwit to Minecraft, since nitwit
Aquatic++ Add-on 1.13/1.12+
Every day a lot of players noticed that while playing Minecraft, and
Redstone Mechanic Addon
Increase your playing skills and get a great experience in game,
Comments (0)
Commenting