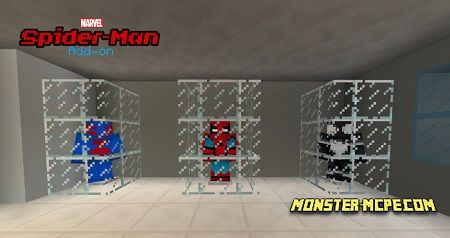 This addon gives you opportunity to get new features from well-known Marvel world, especially from Spider-man. Each player can use armor suit in order to be look like Spider-man. Also, it was added some hostile villains. This addon will be very good for fans of Spider-man and Marvel in general.

As it was mentioned before, player can wear Spider-man armor which is replaces all usual armors in game. By using Homemade Armor Set dyes you can change and color your armor on your discretion. Here you can see many interesting characters such as thugs, Marvel heroes and villains.

Also, each player can use in battles new weapon and some of new tools, such as Swing, with help of this item you can climb the highest mountains.

Additional feature is that player can control such a creature as spider with help of Radio Active Spider Control item.

Here you can see the list on some items which was added to this addon: 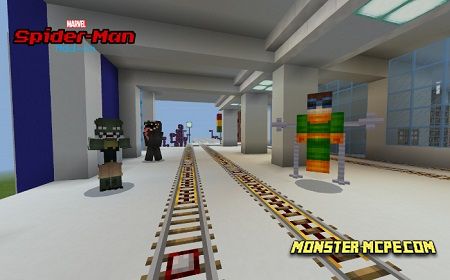