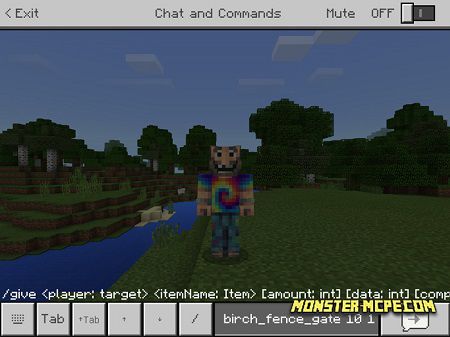 New adds for MCPE interface, here was added 4 new buttons for users interface chat. All this, makes typing of commands and sentences, more easy. Features which was added for computer version, was not transferred for unknown reason to PE version.

This addon will help you to choose command which you have typed previously, auto fill of words, and other useful functions. In order to use new functions just open window of text chat.

Use these combinations of commands:

Related News:
Magent And Pagent Add-on (1.8+ Only)
This addon adds a new creature to Minecraft, which are Pagent and
Download Minecraft PE 2.0.0 apk free
A lot of players of PC, X-Box, PlayStation, and of course of mobile
Redstone Mechanic Addon
Increase your playing skills and get a great experience in game,
Icebergs At Spawn Seed: nJs
Icebergs are the new structures that appeared in the game universe of
Comments (0)
Commenting