If you're a fan of horror games, you can't miss the Poppy Playtime 4 mod for Minecraft Pocket Edition. We really don't know what the popularity of this game is related to, but we already publish 4 post on it. Naturally, as in all other builds, Huggy Wuggy will appear in the block world.

The mob is able to do many things: pass through narrow obstacles, jump on the player and, of course, create screamers. 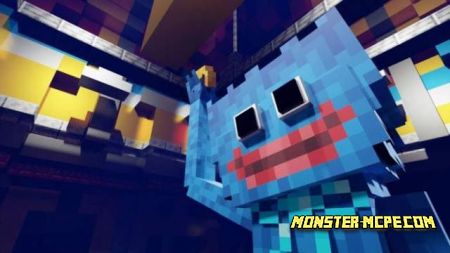 Jump and Screamer
Heavy damage from the jump, followed by a screamer animation.
After that the mob hits in a melee attack

Passing through narrow corridors.
Despite its height, it can pass through low ceilings of 2 or 3 blocks high buildings

Running
Running away from the mob is quite difficult 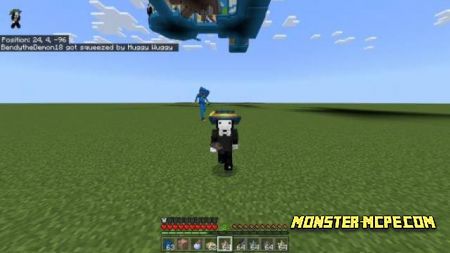 Death
The mob falls and regenerates when it dies 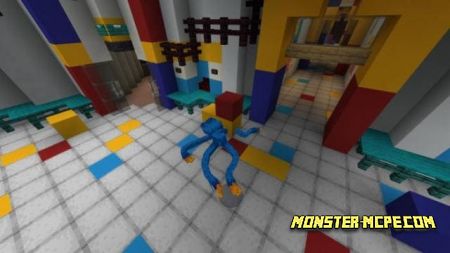 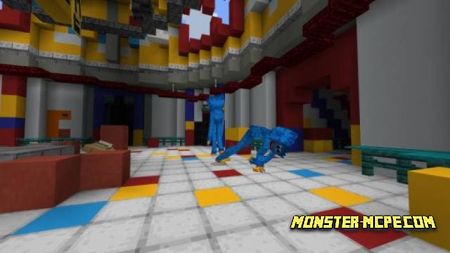 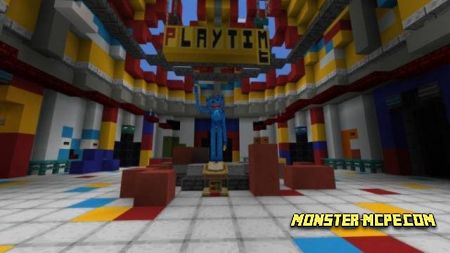