Do you like variety in the Minecraft world? If so, then this addon is what you need because it adds new stone mobs to the game. In general, six different mobs will be added to the game, five of which already exist in the game, and one will be a special type. Let's look at each of them below in the images. 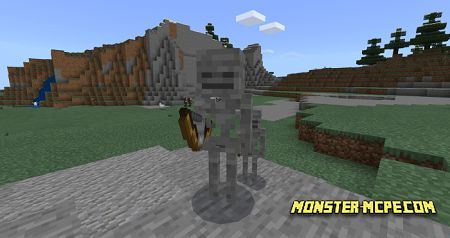 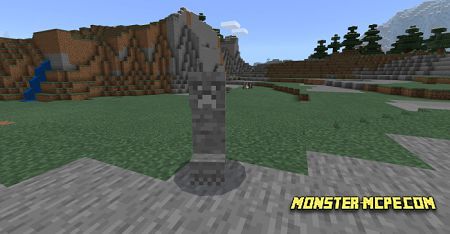 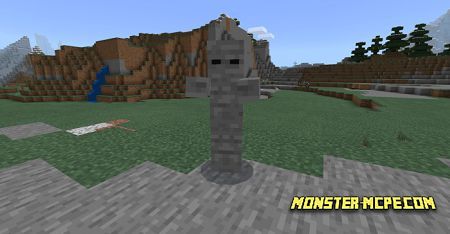 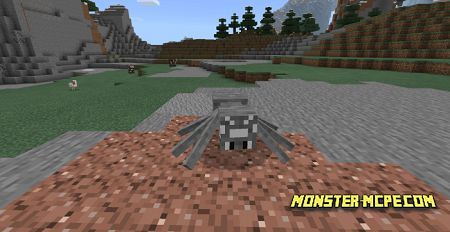 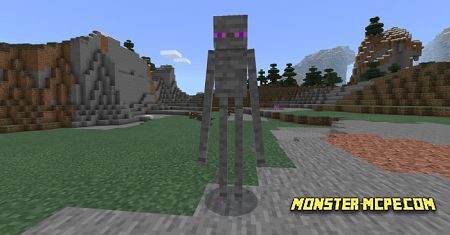 6. Suspicious stone. This is the very special mob that was mentioned at the beginning. Do not try to approach him as he can explode immediately. 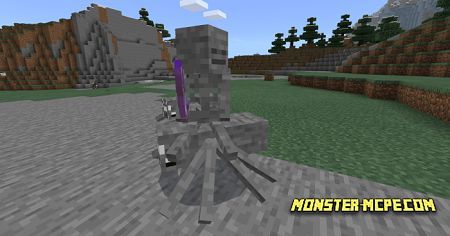 As you already understood, all these mobs are made of stone and this is why they have their own unique features:

Each individual type has 10 more health than its original version in the Minecraft world. Since they consist entirely of stone, they have good immunity to fire, as well as good resistance to throwing back.

The player can find them where there are a lot of stones. They appear mainly at night. In creative mode, you can create them using spawn eggs.