These are unique hostile creatures that, like parasites, will inhabit your world, creating nests with their own kind. New hostile and dangerous creatures will appear and grow from the nests. If any creature approaches such a parasite, then a creature will come out of it, which can also infect the victim.

From the infected victim, new parasites will also come out that will attack living creatures and infect other mobs. Creatures that are called teramorphs, after they begin to exist, emerging from the parasite, will grow and change their shape from the weakest to the level of the Queen, which will also create new nests for its parasites.

Please note that infected mobs will be able to release parasites after a certain time. In general, not all animals can be infected, namely wolves, cows, and pigs. Only in these creatures can teramorphs dwell and develop. New creatures is an absolutely unique project, enjoy the game.

Let's consider below the features of new creatures called teramorphs and the stages that they go through in their development from a small individual to a queen.

As mentioned earlier, the new add-on adds new dangerous and hostile creatures to the Minecraft world that can parasitize in various other mobs and, after some time, grow and change their shape. Let's consider below all the forms and stages that new creatures will go through.

The first thing we will consider is the root of your problem in the Minecraft world, namely Parasites, those who will start chaos in your world. These are very weak creatures with a fairly small number of health points.

The parasites can infect pigs, cows, and wolves. Such parasites will spawn in your world in the forest biome with a 5% chance. Below you can see what the parasite looks like and the first form of a creature called teramorph: 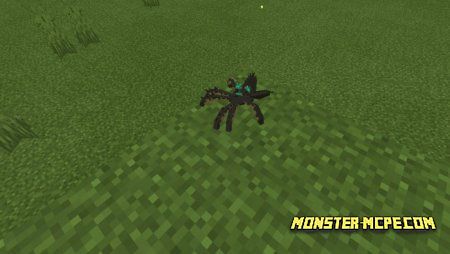 After the first teramorph emerges from the parasite, it will have a baby form. A creature of this type has 6 health points and can deal 2 damage to its target. Please note that the first teramorph may appear after infecting another mob after 30 seconds.

After just one minute, it changes its shape and becomes an older version. After two minutes, this mob becomes even larger. 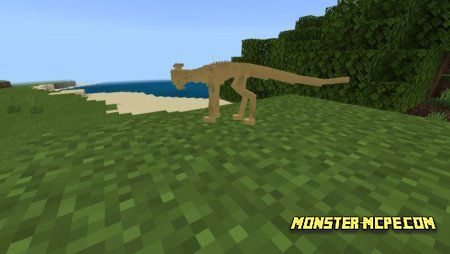 Your first dangerous enemy is the already formed teramorph creature. This creature has 40 health points and, unlike the previous form, can deal 17 damage to its target. This form can crawl out of a cow and a pig. Please note that after six days (Minecraft days), it changes shape, transforming into the Prime version. 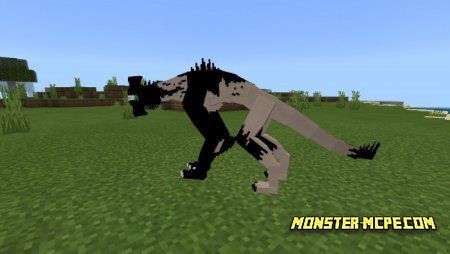 The next type of creature is the Warrior. This teramorph has 40 health points and can deal 17 damage to its target. Such a creature can only get out of a wolf. It is quite easy to distinguish them from other versions of the teramorph, the Warrior has spines and they have larger body shapes than the previous ones. 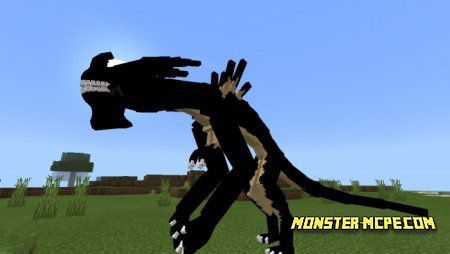 Another form is called Prime. It is a form that is formed from the first form of the teramorph and is the main protector, a kind of soldier, of the hive. This creature has 65 health points and deals 20 damage to its target. This type of teramorph can change its shape into a Queen in ten or twelve days.

And the last stage in the formation of a teramorph is the Queen. This creature is the most powerful. The Queen has 100 health points and can deal 30 damage to her target. This creature is the strongest in the hive, so be careful. Such creatures can create hives and thereby increase the population of parasites in your world.

After the Queen spawns, after ten minutes she will look for a convenient place to create a hive. Once the queen has found a comfortable place to hive, she will begin laying eggs. It looks creepy.

Please note that when creating a hive, the queen will be motionless and will not be able to fight with the surrounding players. This is a good opportunity to kill her because if this is not done, she will give birth to new Teramorph creatures every two minutes, each of which after a certain period of time will become a serious threat.