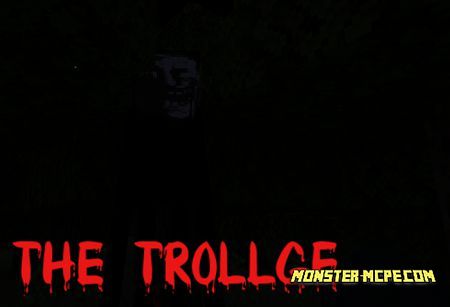 Do you know who or what is trollge? For those who don't know, trollge, known as Creepy Troll, is a creepypasta-style meme. Those players who still know what it is can now see such a character but alive in the Minecraft world. We present to all fans of the horror style of games a new addon that adds a new dangerous horror character named Trollge to the world of Minecraft.

This is a new monster that will hunt you in the Minecraft world, be careful as it only needs five hits to kill you. The Trollge monster is very hostile to players and will always attack as soon as it sees you. Look around and don't let yourself get killed.

At the moment, the new addon only adds one creature, the aforementioned Trollge, and a new item. In the next updates of the addon, other items will be added. We draw your attention to the fact that this addon adds a very strong monster to kill which experienced players who have skills in battles are able to kill, for those who do not have such skills they have the opportunity to develop their fighting skills. Let's take a closer look at all the features of the new addon below.

As mentioned earlier, the new addon adds a new hostile mob to the Minecraft world called Trollge. Unfortunately, the mob temporarily does not spawn naturally in the Minecraft world, but this will be fixed in the near future. The new mob is able to kill the player in just five hits, and with each hit, you will receive harmful effects. If the player is complete without armor, he can die with just a couple of hits. Also, this monster, as soon as it sees the player, will immediately attack him. 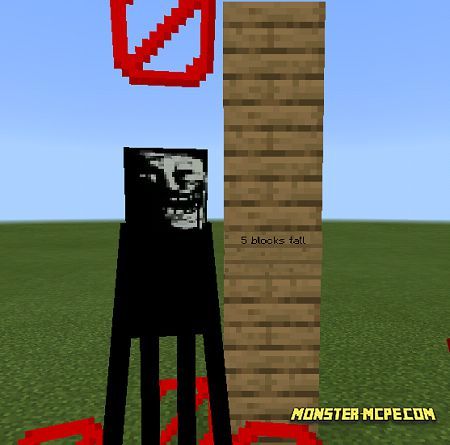 This monster is hostile only towards players and will only hunt players, so be careful! We draw your attention to the fact that you cannot simply run away from him, since he runs twice as fast as the players. Also, this mob will not take damage from falls, so don't even try. A new monster cannot drown in water. It is also not afraid of fire and lava, and will not be damaged by contact with fire or lava!

The new monster, Trollge, is quite tall, with a height of five blocks. As mentioned earlier, he is not afraid to fall from a height, drown in water, lava, or burn in a fire. And most importantly, the damage from the sword will not do much damage to him. 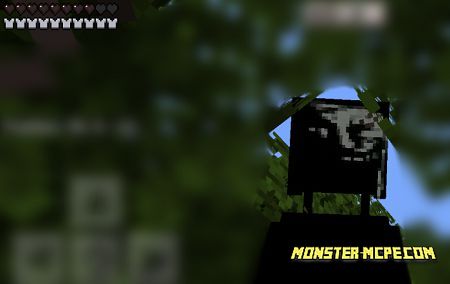 Below you can see the spawn egg of the new Trollge monster: 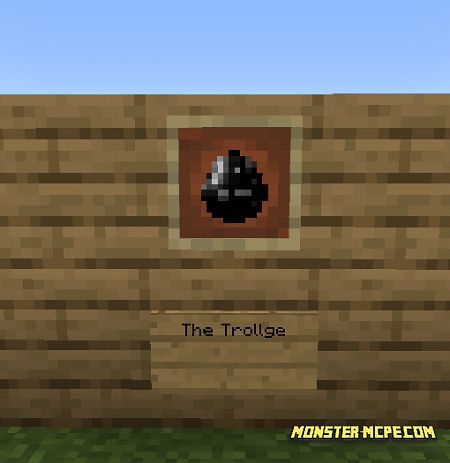 You probably have a logical question, but how to kill someone who is not afraid of damage from a sword, falling, drowning in water or lava, and even fire? Yes, it is not easy, but it is possible to kill him, it depends on your fighting skills since he cannot be burned, drowned in water or lava, and even thrown from a height, players only need to use a shield and a sword, this is the only way to kill him, when this you need tactics since the monster moves very quickly and you will not be able to run away from it. Use your shield, sword, potions, and totems.

This is the only way you have a chance to survive and kill this monster! Use your skills, develop your skills, and just get a new experience fighting a monster named Trollge.

After death, Trollge drops a new item called Trollge Shard. At the moment, this item does not have any specific purpose, but in the future, this will be changed.