Attention: Please note that for now, players can add new vehicles to their world using the special command / give @s bdv:, craft recipes will be added in the future. Also, don't forget to activate the experimental game settings! Also, special sounds and animations are temporarily missing. 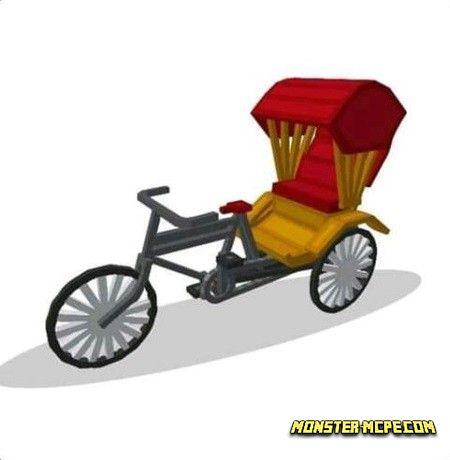 As mentioned earlier, in order for the player to get one of the new types of transport, it is necessary to use one of the available methods, the first of which is the / give @s bdv: command, followed by the text, for example: bdv: rickshaw. The second way is the spawn egg which is in the creative inventory.