In addition to chests, players can also find spawners, as well as new hostile creatures with which to fight. Please note that all new creatures have different sizes, and the health level depends on their size, in other words, the more mobs the more health points it has. Therefore, having met a large creature, get ready for a serious battle!

Below you can see examples of structures, we draw your attention to the fact that this is an example of spawning structures, in your world they will spawn differently: 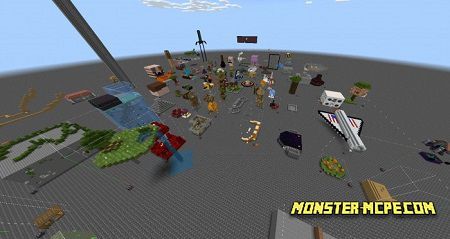 Players can use this addon with other addons as it does not use player.json.