1. The first weapon is called the Whirlwind. This weapon has such a name for a reason since this weapon has a unique ability, namely a powerful whirlwind that it summons when you press the right mouse button. This vortex allows players to knock back their enemies. Also, players can use this ability for other purposes, for example, to pursue their enemies or when falling so that the player does not receive damage. Below you can see screenshots of how this weapon looks in the game and its unique abilities: 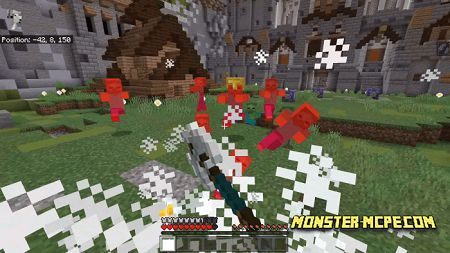 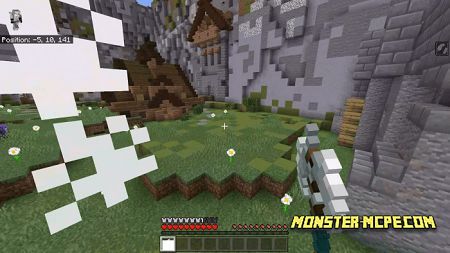 2. The second type of weapon is the spear of Fortune. This weapon also has a unique ability, namely to invoke straight-line damage on its enemies. In order for players to use their unique abilities, you also need to right-click. When using a unique ability, you will see special crit particles. The peculiarity of particles is that because of them, the blow ignores the block of creatures and deals damage. Also, the weapon gives its wearer acceleration and at the same time recovery. Below you can see what the weapon looks like in the game and video: 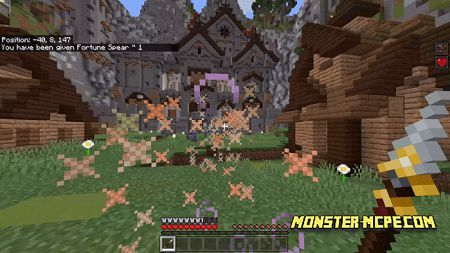 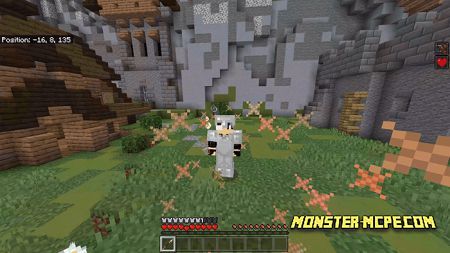 3. And the last third weapon is the Bloodthirster. When using this weapon in battle, players receive the effects of force, at the same time, this weapon also has certain additional properties, namely, when you press the right mouse button, the player will block melee strikes and damage from projectiles. Below you can see what the weapon looks like in the game: 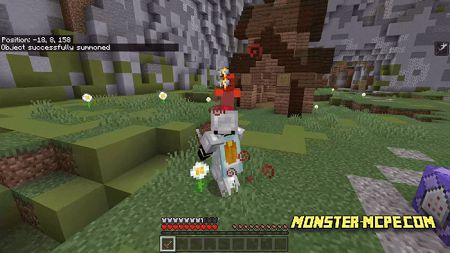 Related News:
Cave Enhancements Add-on 1.16+
We present to your attention a large and fairly voluminous Cave
The Most Epic Chair Ever Add-on 1.16+
Have you ever thought about how often you are on the move in the
A-Series Add-on 1.16/1.15+
Have you ever driven a car like the A-100 in the Minecraft world? If
Pirate’s Adventures Map
Would you like to become a pirate? If so, then you have such an
Comments (0)
Commenting