Do you like tanks? Or maybe you would like to add not simple tanks to your Minecraft world but in the form of new mobs or entities? If so, and you would be interested in this, then the new addon is what you need. The new addon adds new tanks to the Minecraft world called tonks. Using the new addon, players can interact with new tonks, namely, use iron ingots to control them, ride them, or tame them. The new tanks are not at all what you might think at first glance, since tonks look ten times smaller than a regular military tank, new small entities, especially baby tonks.

Below you can see how they look in the Minecraft world: Also below you can see the difference in the size of the tonk and the pig. Players cannot simply find them during their adventures in the Minecraft world, but this will be fixed soon. Small entities consist of small gray tank tracks, tank turrets, body, and hatch which are green. Screenshot: 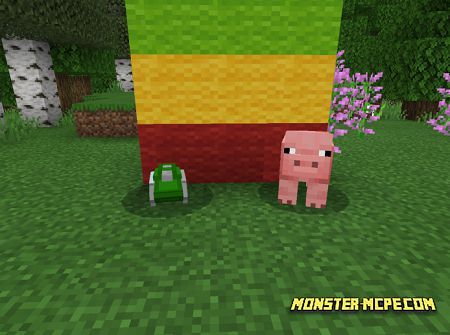 In order for the tonks to live and exist in the Minecraft world, it is necessary to feed them using iron ingots. Players can use iron ingots to tame or breed tonks. Also, if the player just holds an iron ingot in his hands, they will follow him. 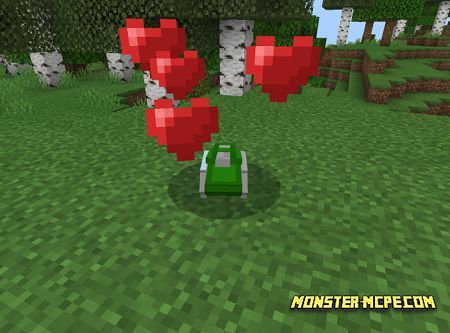 Below you can see a screenshot of a small family of small tonks: 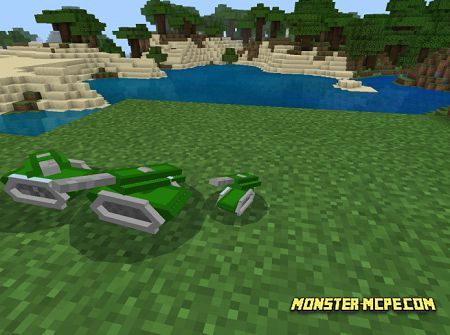 In the screenshot above, you saw the smallest tonk which is the baby tonk. Please note that baby tonk cannot be tamed by the player, but at the same time, players can increase their growth rate using iron nuggets. Or, as mentioned earlier, just hold an iron nugget in your hands and the tonks will follow you.

Once the tonk is tamed, players can hang a saddle on it and ride it.

Also, while holding an iron ingot in his hands, the player can set a certain direction where the creature should follow, in other words, with the ingot in his hands where you look in that direction the tonks are going. Please note that players can increase the speed of movement of creatures, for this you need to use an iron ingot and press the left mouse button or LT.

As mentioned earlier, players can ride new entities as they will be reliable mounts. New creatures tonks have 200 health points or in other words, 100 hearts, which is very much even a lot. 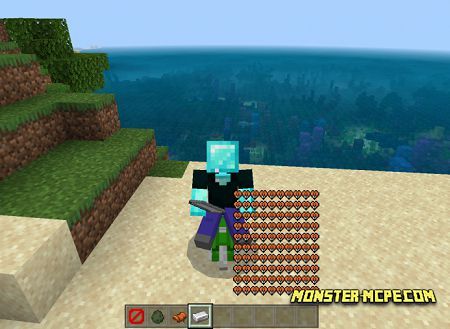 Before you embark on an adventure with your new companion and mount, don't forget to bring iron ingots, coal, a pickaxe, and of course a furnace.

If you are still afraid that your tonk will run away, you can tie it on a leash! 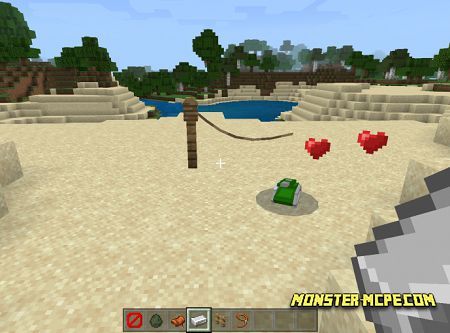 Attention: Please note that tonks are a unique and new mob that does not replace any living creature that exists in the game!

Related News:
The Clone Wars Add-on 1.16+
Would you like to add new caves to your Minecraft world that the
Cave Enhancements Add-on 1.16+
We present to your attention a large and fairly voluminous Cave
Modern Warfare: Battle Tanks Add-on 1.14/1.13+
Do you like multiplayer games? Spending time with your friends
Defensive Turrets Addon
New security system for your house in MCPE, it is new mod with
Comments (0)
Commenting