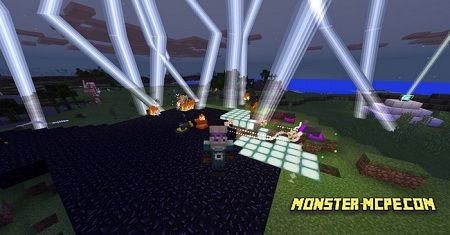 New security system for your house in MCPE, it is new mod with Defensive turrets. Surrounding your house, turrets guarantee of protection from your enemies, they attack all the hostile mobs which can try to get close. There are six types of turrets, each of them has her own color and projectiles. Player can upgraded turret he wants, to increase speed of attack, health and view distance. Perhaps it is the most effective mechanism for protection of house.

In order to transform purple turrets into another, by pressing long tap and hold one of listed resources: 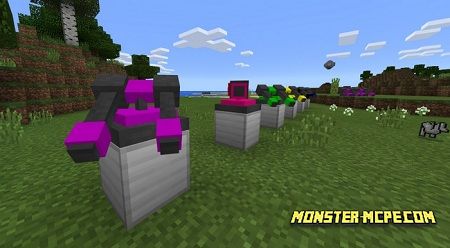 Almost all the turrets are looks the same, they have only difference in color, except of healing turret. In case if you want to know on what level your turret, just look on barrels: first level is two barrels, second level — three, third, — four barrels. 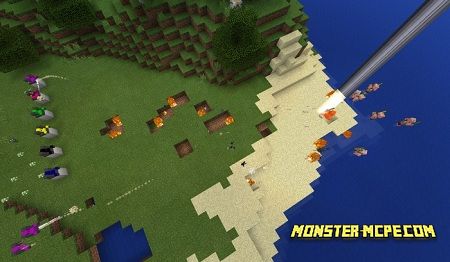 Please pay attention while using green, black and yellow turret, they can destroy your house, put them on safe distance. Also, recommended putting them on high pillar, so they would be untouchable of mobs.

Related News:
Magent And Pagent Add-on (1.8+ Only)
This addon adds a new creature to Minecraft, which are Pagent and
Download Minecraft PE 2.0.0 apk free
A lot of players of PC, X-Box, PlayStation, and of course of mobile
Girlfriends Addon
This mod gives opportunity forget about lonely. Here all the living
Redstone Mechanic Addon
Increase your playing skills and get a great experience in game,
Comments (0)
Commenting