We present to your attention a new addon that adds mythological creatures to the world of Minecraft. This is a new addon that will add new dangerous creatures to different biomes of your world. Now your adventure will become more dangerous and interesting. Such mythological creatures as trolls, dragon drake, dragon cockatrice, wendigo, magic pixies, and Cerberus will be added to the world of Minecraft.

Let's take a look at what new creatures will be added to the game.

Before we see with you what the new creatures look like and their features, let's take a look at their spawn locations.

Among the new creatures, there are creatures that spawn only at night, namely the wendigo in the forests and the cockatrice, which spawns in all biomes. Magic pixies spawn only in the daytime. Other creatures spawn naturally, such as the dragon drake, which spawns only in ice biomes, Cerberus spawns in the Nether world, and trolls in caves around the Minecraft world.

In general, six new mythological creatures will be added to the Minecraft world.

1. The first creature that we will consider is Trolls. A feature of trolls is that if they fall under the rays of daylight, they will turn into stone. You can break this statue using any pickaxe. Troll Meat gives players extra strength and the ability to see at night for a period of time. 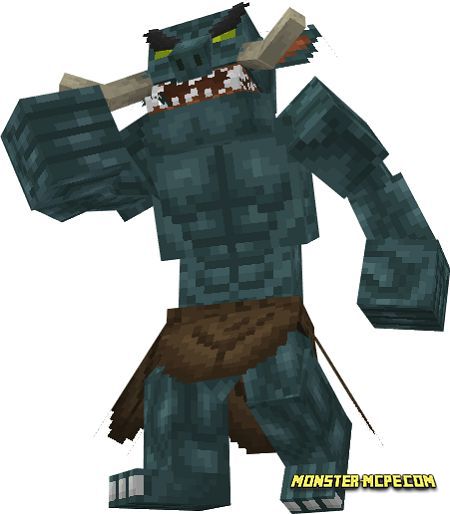 2. The second creature is the mythological dragon, Drake.

This is a new creature and so far does not have a drop, so you can fight with him for a new experience. We also draw your attention to the fact that players have the ability to tame these creatures, for this use raw chicken meat. But in order for you to be able to tame him, you first need to do so that he would lose consciousness on the ground, the main thing is that you do not delay this process as he may die. 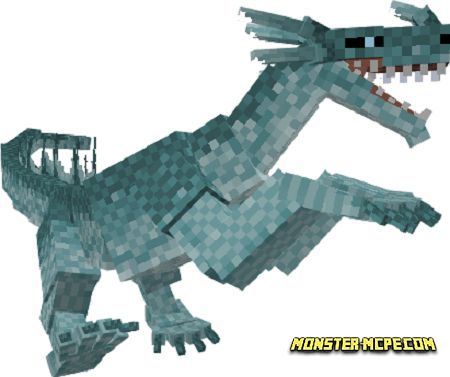 3. The third creature is another type of mythological dragon, namely the cockatrice. As mentioned earlier, this creature spawns in different parts of the Minecraft world. Before killing their target, they first play with it and kill it slowly. These creatures often hunt in packs. The meat of this creature cannot be eaten raw, only cooked, as raw meat further lowers the hunger level. 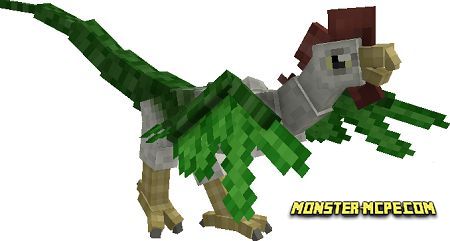 4. A creepy creature, a mythological ogre called a wendigo. Traveling through the forests of the Minecraft world at night, you should be careful. The unique feature of this creature is that they are able to summon clones that will attack you. After death, it drops its head which players can use as an ornament for your items of equipment.

Also, a rare drop that summons small copies of wendigo will attract the attention of other creatures and work as a trap, this drop is claws. 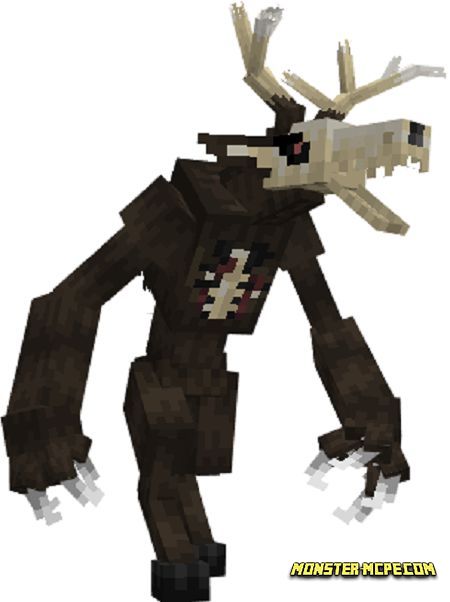 5. The next creature is magical pixies. By killing such a creature, players can get a magic powder with which you can tame other creatures and give them the ability to levitate. Also, players can get their wings, which can also be used so that you can fly up. 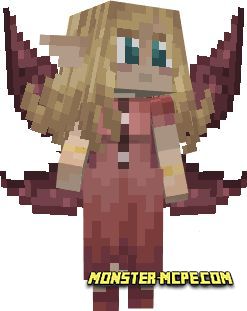 6. And the last mythological creature known to almost every player is the Cerberus. By killing such a creature, you can get his head using which in the Nether world, other hostile creatures will run away from you. This is the most powerful and creepy creature that guards the Nether world. There is also a chance that he will drop a new fire sword that can deal 9 damage to its target, and also has fire damage. 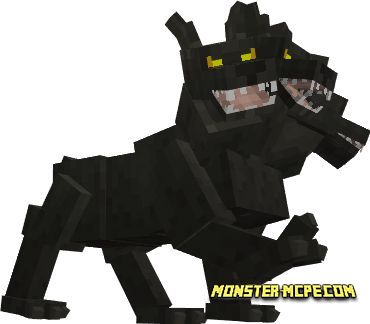 Other screenshots of creatures in the Minecraft world: