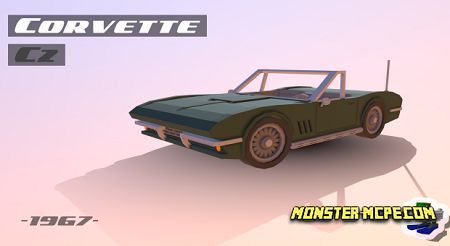 Do you know what the legendary 1963 Chevrolet Corvette C2 looks like? You may still know him by his name as Stingray. Have you ever seen such a car in real life? If not, then you have such an opportunity in the world of Minecraft, you can also not only look at it and evaluate how it looks, but also become the owner of this car. For those who do not know, this is a powerful car whose production began in 1963 and ended in 1967. The first model had an engine with a capacity of over 400 horsepower.

This car was produced as a convertible and simple payback. In total, 118 thousand of these car models were produced. A rarer version of the Grand Sport was a limited edition that was produced in only five copies and had a 550 horsepower engine. This is a beautiful, elegant sports car from the 60s. Today it is already an old car that costs quite a lot of money, but even today it can compete with new sports cars.

The unique body design and speed still appeal to many car enthusiasts. From now on, such a car can be added to the Minecraft world. Let's take a look at the features of this car below.

The vintage Corvette, new to the Minecraft world, has two seats as it is a sports car, develops a sufficiently high speed, and has free slots for storing items. Also, added special sounds and new animations.

In this add-on, the Chevrolet Corvette C2 will be added as a cabriolet but with one unique feature which you will learn about below.

How to get a Chevrolet Corvette C2?

It's very simple, in general, players can use one of two available methods. The first is the spawn egg that you can find in your creative inventory. The second way is the special / summon command.

The new car is available in three different colors. Let's take a look at the colors and commands for spawning below. 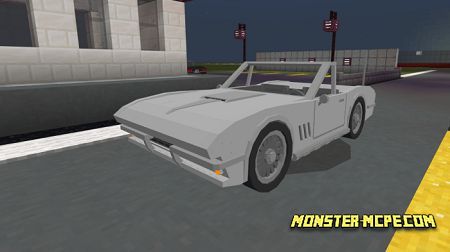 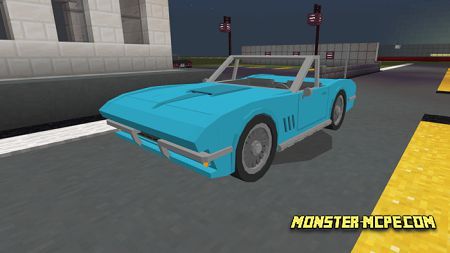 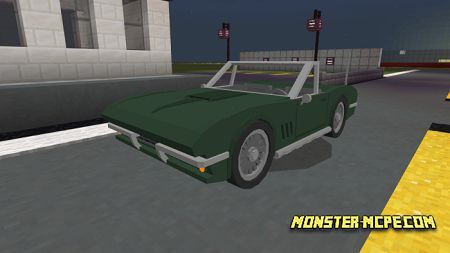 Also, earlier we talked about the fact that this car has a certain unique feature. This feature is the soft roof that automatically closes and opens.

The soft roof closes automatically when it rains or when the player drives into the water. This is a kind of rain protection.

Below you can see how it looks in the Minecraft world: 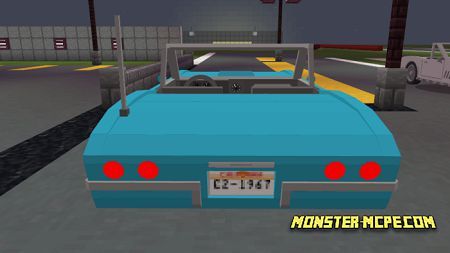 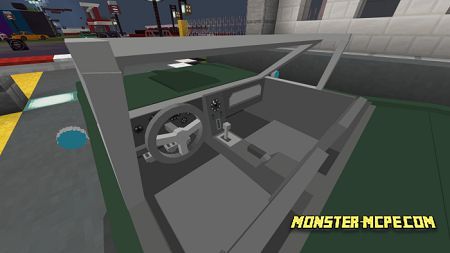 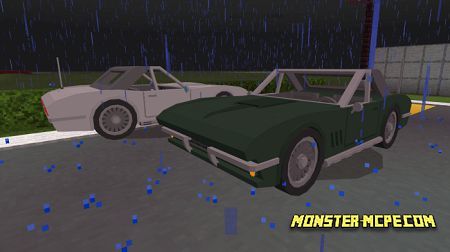