Do you know the name of the big white flying mob that lives in the Nether world, it is always hostile towards the players, and uses exploding fireballs to attack? We think you've already guessed that this is a hostile mob-like Ghast! Fighting with such a mob is not easy, because of this it is interesting for many players. Would you like to move to a new level of difficulty?

If you like challenges and difficulties, then this new add-on is what you need. This add-on adds Ghasts to your Minecraft world, but not simple Ghasts, these will be new Ghasts, there will be many of them and they will all be of different types, for example, Ghast Creeper or Ghast Bee and others.

The new add-on adds new types of Ghasts to your world, which in the process of evolution were transformed into other creatures. What happened as a result of the transformation, you will see below. Let's take a look at the types of Ghasts that will be added to your Minecraft world.

1. The first type is called Blaze: This type of Ghasts is not hostile to players, it attacks only such type of Ghasts as Striders. Like a simple Ghast, he uses fireballs to attack with which he shoots from his mouth. Please note that a tamed Ghast Strider will be attacked by this type of Ghast. 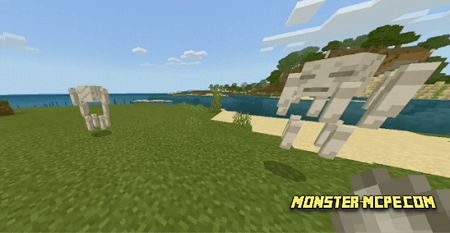 2. The second type is the transformation into a Bee. Unlike simple bees, these creatures will attack you as soon as they see you. This is the first hostile bee in the world of Minecraft of this type, which uses fireballs to attack. 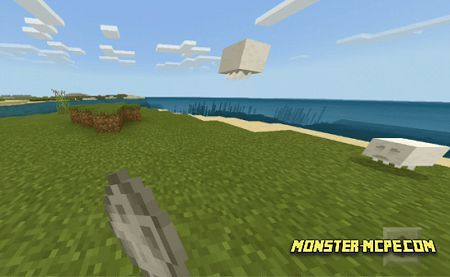 3. The next type is Slime. It looks like Ghast's head inside a slime square. Very dangerous and hostile uses fireballs to attack. 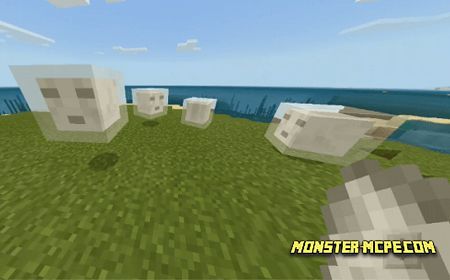 4. The aforementioned Strider transformed into a Ghast creature. This creature can spawn with two specialties on its head, the first is Zombie Piglins, and the second is Baby Striders. In the first case, this creature will spawn with a 5% probability, and in the second with a 15% probability. Players can tame these creatures using a honeycomb or a bottle of honey. This mob will protect the player from other hostile mobs, as well as from other types of Ghasts. 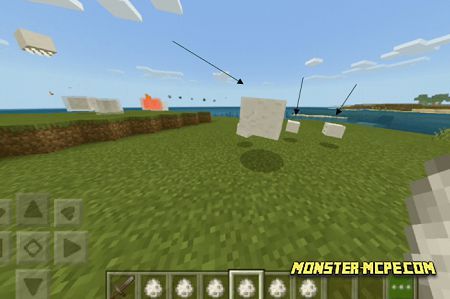 5. Dangerous and explosive Creeper. A very famous mob that always explodes. This mob will also explode when approaching other mobs, also uses fireballs to attack, but we want to draw your attention to that its attacks with fireballs are much stronger than other types of Ghasts. The explosion of these creatures is so powerful that it can destroy your house. 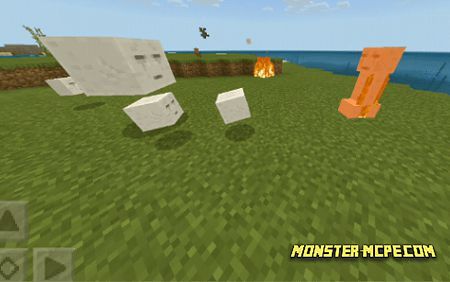 6. And the last mobs are Ghastermans. As you might have guessed, this is something similar to Enderman. This mob is aggressive and hostile towards players; when attacking, it can give the player the negative effect of Withering. There is a little trick, this type of mob is afraid of water as it takes away his health points. 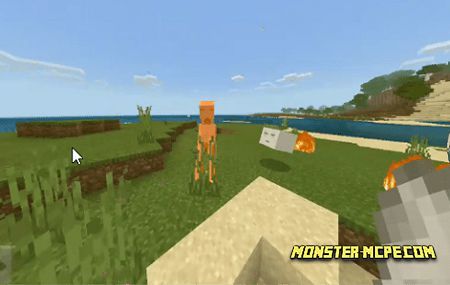 We also draw your attention to the fact that this add-on is only for Android devices!