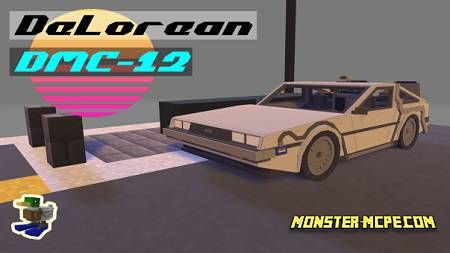 Ever heard of such a famous car as the DeLorean? We are sure that yes, but for those who do not know, this is a very famous sports car that was produced in Northern Ireland for the American automobile company DeLorean Motor Company from 1981 to 1983. A feature of this car of that time was the unique doors of the Seagull Wing type. In addition to the unique features of the car, it has become very popular and recognizable all over the world thanks to the movie Back to the Future and Ready Player One.

After the release of the famous film Back to the Future, this car was loved for its appearance and fantastic properties not only by car enthusiasts but also by ordinary viewers.

And although this car of the 80s could drive at a rather low speed and not typical of sports cars of the present time, it cost more than 20 thousand dollars at that time.

Today the price of this car is much higher, but this is not the main thing, the main thing is that today you can add this car to your Minecraft world. But that's not all, you will add to your world not only a DeLorean DMC-12 model car but also a fully functional and unique for the world Minecraft DeLorean DMC-12 with Hovercraft that will allow your car to fly!

This car allows players not only to drive around the Minecraft world in a legendary car but also to enjoy a pleasant flight in the sky. The car has animations for opening doors like Seagull's Wings, switching from ground transport to air transport, and much more, which you will learn below.

Let's start with the fact that this car has two seats, an average speed of movement has free slots for storing your items, added sounds, and animation. Additional animation of a door opening and switching from one car mode to another.

Everything is very simple, as always, players have two options to get a car. The first option is to use the special spawn egg found in the Creative Inventory. The second option is the special / summon command.

Let's now look at all the available colors, models, and spawn commands of the DeLorean DMC-12 car below.

In general, in Minecraft, players will have access to two simple car colors, as well as one special one presented in the Back to the Future model.

— Gold, spawn command: ddmc12: gold, a screenshot of the car below: 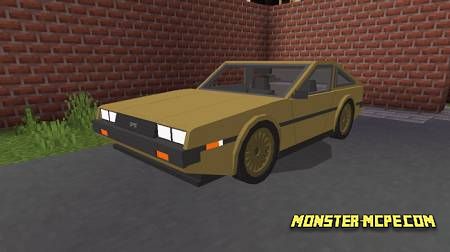 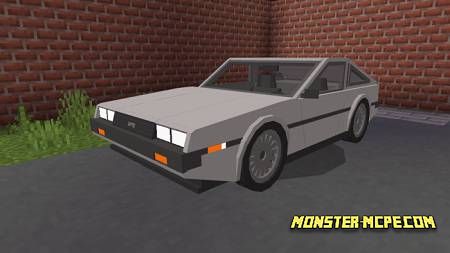 2. Special modification Back to the Future. 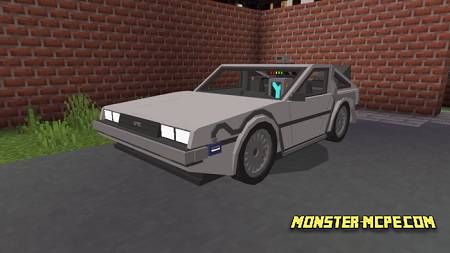 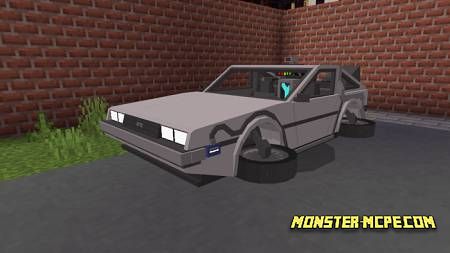 Below you can see a GIF that shows exactly how to change your car from one modification to another.

Please note that the previously mentioned item called Controller, which allows players to change vehicle modifications, is only available in the Creative Inventory. Also, players must use the Creative game mode. Unfortunately, this is due to the fact that Minecraft algorithms do not allow the item to interact with other entities in Survival mode.

Below you can see how the fire trails work on the Back to the Future ground type vehicle: 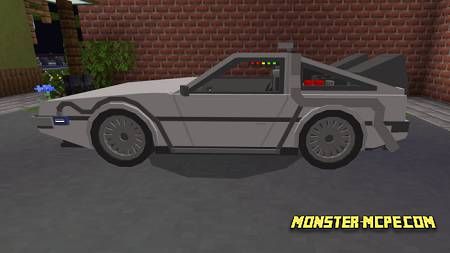 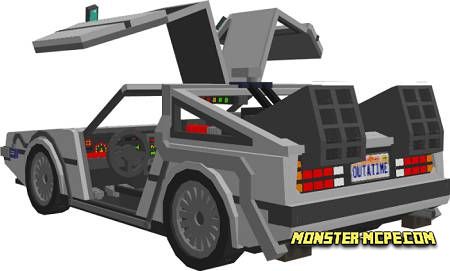 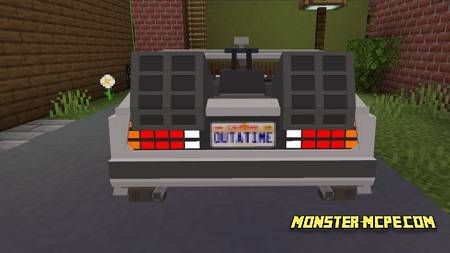 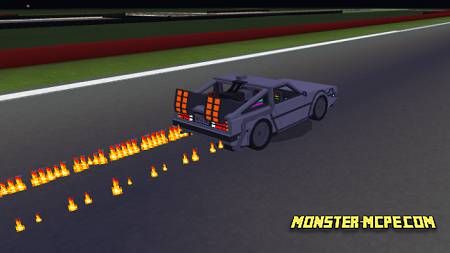 Related News:
81′ BMW M1 Add-on 1.16+
Are there any fans of the world-famous German company BMW among you?
Dragon Wing Add-on 1.16.40/1.16+
Would you like to be able to fly in the Minecraft world without using
TxY’s Better Doors Texture Pack
We present you with a new texture pack that allows players to change
Delorean DMC 12 Addon 1.14+
A new addon that adds the well-known Delorean DMC 12 car model to
Comments (0)
Commenting