New addon with additional mobs for underwater world, such as whales, crabs, sharks etc. But not all of these ocean habitations will spawn, automatically, for some of them you should use spawn egg or use some commands. 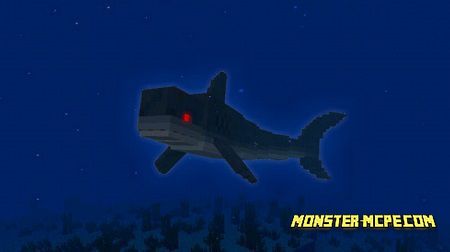 Jaws and Megalodon Add-on
This addon adds new mobs, sharks, which is truly dangerous and