Would you like to add new monsters to your Minecraft world for better experience and fun? If yes, then the new addon is what you need. This addon adds four new powerful mobs to your game, each of which has its own unique features and appearance. All new monsters have the same outfit, blue pants, and a striped T-shirt. New monsters do not have a face, so you can call them faceless. All new monsters are very strong and dangerous, these creatures are very aggressive and hostile towards all existing living creatures in the Minecraft world. Fight each of them and get a new useful experience in battles. Below you will see all the new creatures you can add to your Minecraft world. 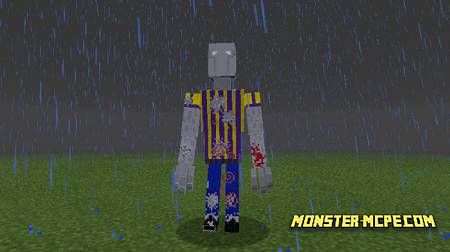 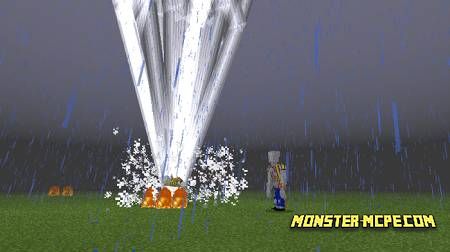 2. The second creature is called the Hammer Lord. This monster uses a special weapon, it is a large and powerful hammer. This weapon can crush any target that gets in its way, both a mob and a simple object. A couple of seconds is enough for him to kill you. Be careful and use a specific strategy to fight him. Below you can see what this creature looks like: 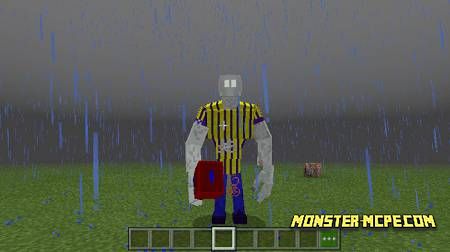 3. The next creature is called the Skinny Freak. This is a unique creature that can change the size of its body, namely, increase or decrease it, both body and arms. Very strong and can change arm lengths during battle. Below you can see what this creature looks like: 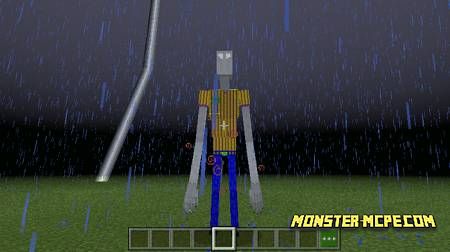 4. And the last monster is really strong and big, his name is Giant Mutated Arm. This is the most powerful creature that can kill any other living creature by hitting it just once. Below you can see what this creature looks like: 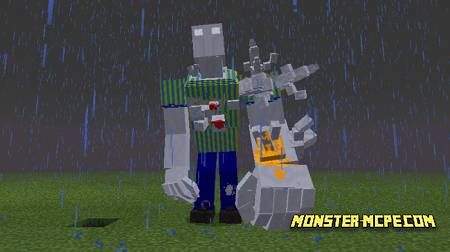 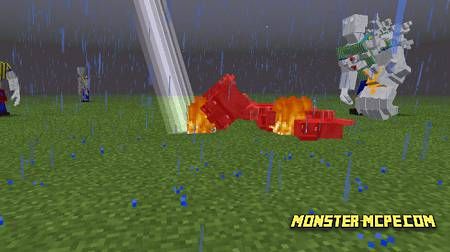 Related News:
Cave Enhancements Add-on 1.16+
We present to your attention a large and fairly voluminous Cave
Jurassic Addon
Jurassic Addon - this is a fairly large and voluminous addition that,
The Killer Map
Would you like to play a new multiplayer game with your friends in
World Animals Add-on 1.16/1.15+
Would you like to add more different animals to the Minecraft world?
Comments (0)
Commenting