Would you like to add new blocks to your Minecraft world that can be used to build highways and other types of roads with certain road markings? If yes, then the new addon is exactly what you need! This addon adds new blocks with white and yellow stripes and figures to the Minecraft world that players can use to build highways for their maps. These blocks can be used for your cities, for role-playing games in which you need to move along city roads, regional and expressways.

This addon also allows players to build roads of different difficulty levels, it all depends on the imagination and the conditions under which you want to use this or that new block. This is a wonderful new experience that allows you to improve your skills in building city connections or between cities.

As mentioned earlier, both white and yellow asphalt road blocks will be available in the game. These are road blocks with yellow or white markings. Below you can see how it looks in the Minecraft world: 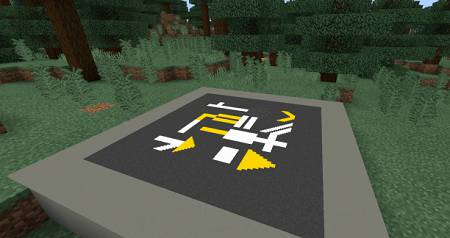 In order for players to be able to craft asphalt, it is necessary to use a workbench. To craft such a block, the player will need eight stone blocks and eight cobblestone blocks. Crafting recipe below: 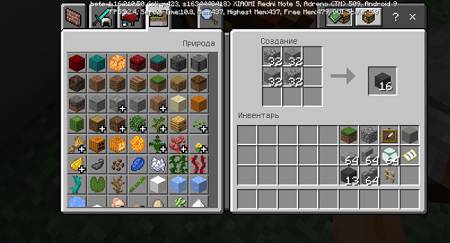 Blocks such as asphalt blocks with specific markings or with a road hatch can be obtained using a stonecutter. Crafting recipe below: 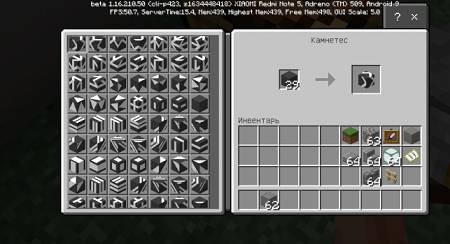 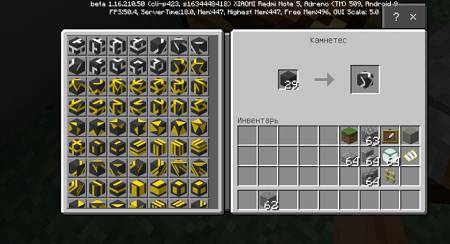 Please note that new blocks with markings have only two or four corners. Why? The fact is that for the comfortable functioning and use of these blocks, the Compass system was used, which allows players to correctly and simply place road blocks with the correct movement.

Below you can see screenshots of how this addon can be used in your Minecraft world (please note that road signs are not included in this addon): 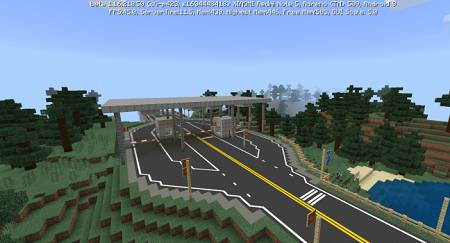 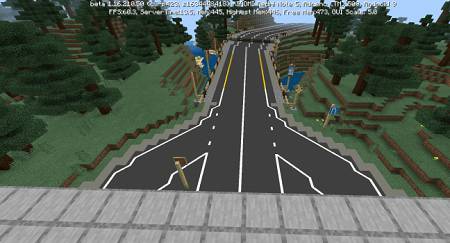 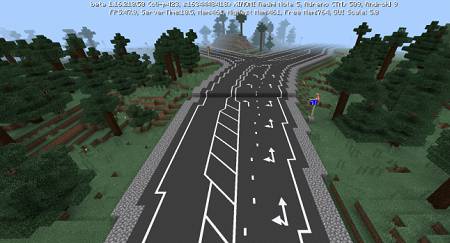 Related News:
Jurassic Addon
Jurassic Addon - this is a fairly large and voluminous addition that,
Parkour Stripes Map
Do you like to jump using your parkour skills and overcome various
Caps and Hats Add-on 1.16/1.15+
Would you like to add a new accessory to your character? If so, then
World Animals Add-on 1.16/1.15+
Would you like to add more different animals to the Minecraft world?
Comments (0)
Commenting