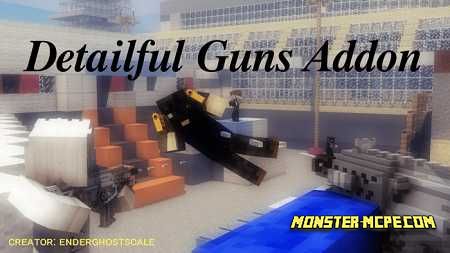 Do you like battles in the Minecraft world? But would you like something new and more useful for battles? For example, different types of weapons that can shoot at players using ammunition. If yes, then the new addon is exactly what you need. This addon adds to your Minecraft world a large number of new types of weapons, various spare parts, ammunition, and even new ores.

All new types of weapons can be used by players in survival mode. We would like to draw your attention to the fact that some types of weapons will be quite difficult to craft, but this is also a plus since it will be interesting for experienced players to try to do it on their own. This is a great experience both for crafting and for your further battles.

There is another way to get new weapons, this method will be useful for beginners or for those who do not want to craft, namely, use the special /function command, followed by the text: guns, after which you will receive all the weapons that are in the new addon.

New weapons can hit your enemy thanks to special bullets. We also want to note that some weapons can break some blocks, for example, a shotgun can break a door. If in your Minecraft world this function does not work correctly, we recommend that you use a special command /gamerule with the following text:mobGriefing true. 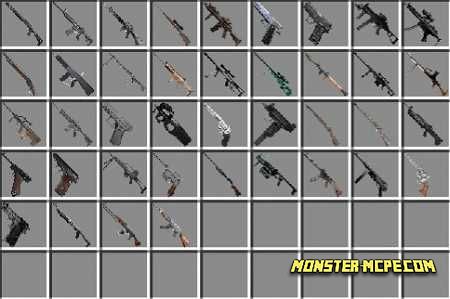 As mentioned earlier, in addition to weapons, two new types of ore will be added to the game, namely sulfur and copper ore. Players can use these ores to craft bullets (ammunition) or other useful items that require the use of new ores. 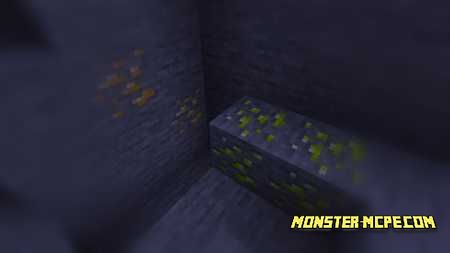 Also, note that the new ores, sulfur, and copper ores, will be rarer than normal other ores. 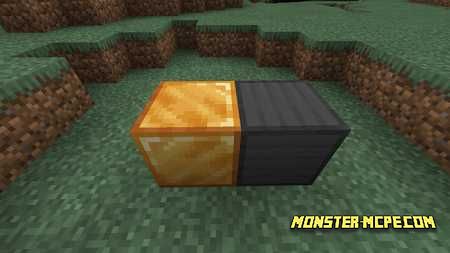 In the game, you will see recipes for reloading ammunition. All types of weapons have the same recipes, in order for a weapon to use them, just use the appropriate for the corresponding type of weapon. Attention, we draw your attention to the fact that to reload ammunition, players need to use bullets instead of a magazine.

Each player after the first reloading of the weapon will receive a pistol. These pistols will initially be empty. Use the pistol for further reloading.

Attention: If the player will play a single-player game, the new addon adds additional NPCs to your Minecraft world. This is done so that you are not so bored! Riders and bandits will spawn in different places in your Minecraft world. They are not friendly so be careful. Please note that players can tame these mobs and take them as partners in their adventure. 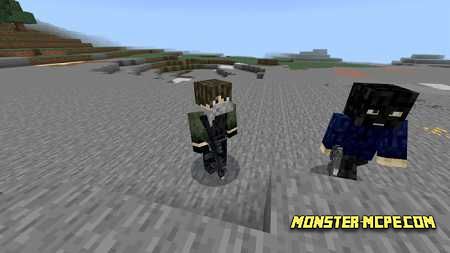 To do this, just use diamonds. In further battles, they will help you during the battle using their weapons. 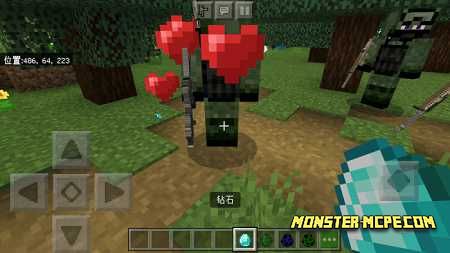 Use the ammo table to get a magazine. In the further magazine, you need so that you can reload your weapon. 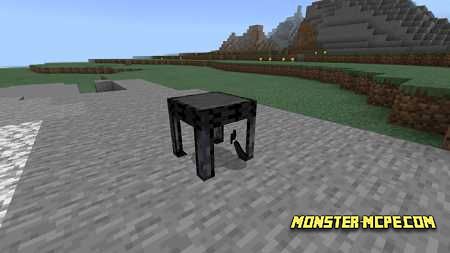 Attention: In order for the addon to work properly, you need to use versions of the game from Minecraft 1.16 and higher! Also, don't forget to use the Experimental game mode. 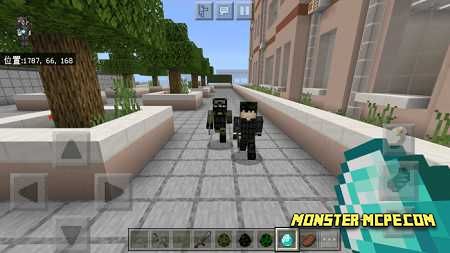 Related News:
Pixel Gun Melee Weapons Add-on 1.16/1.15+
Have you ever played the Pixel Gun game? For those who do not know
Nether Plus Add-on 1.16/1.15+
Did you like the new release of the full version of Minecraft PE
Rating ways to survive in Minecraft
Greetings our dear visitors of the website, players and fans of the
Download Minecraft Java 1.14
Everyone is looking forward to a new update for everyone's favorite
Comments (0)
Commenting