We present you with a new interesting addon for those who would like to add two new bosses to their world. This addon is for those who like challenges and epic battles. The new addon adds bosses like Netherking and Enderking. Based on the names of these bosses, you could already guess that these two bosses are representatives of certain dimensions of the Minecraft world, namely the kings of places like the end and nether world. We draw your attention to the fact that they are strong enough and fighting with them will not be so easy! If you are sure of your strengths and skills, then you can try to fight these monsters. Let's take a closer look at them.

The first boss is Netherking. This boss is the king of a world like the Nether world. This monster has 600 health points and 23 damage power. Do not underestimate him as he can summon other monsters and use special skills such as roar. Uses a laser for long-range attacks, so be careful. This boss uses his mouth to attack with a laser. Below you can see how it will look in the game:

The second boss is the strongest, this is Enderking. This monster also has 600 health points, but the attack power is seven points stronger, namely 30 damage. It can also summon various spikes and use unique abilities during battles. Below you can see how it will look in the game: 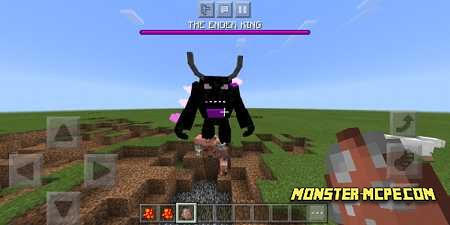 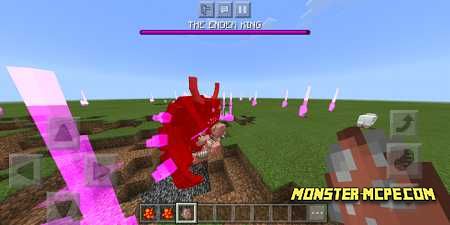 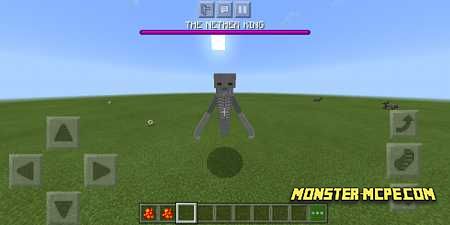 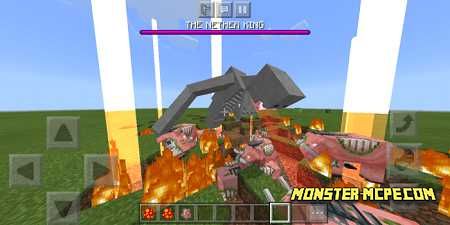 Related News:
World Animals Add-on 1.16/1.15+
Would you like to add more different animals to the Minecraft world?
Orespawn’s Resurgence Add-on 1.16/1.15+
A new add-on that adds new powerful creatures to your Minecraft
Download Minecraft Java 1.14
Everyone is looking forward to a new update for everyone's favorite
Laser Gun Addon
Laser Gun Addon is your new opportunity to get modern weapons in
Comments (0)
Commenting