A new very cool and really fun addon that adds a new block called Mincer! Mincer? Oh yes, this cool block was created just for fun. This block can literally destroy any living creature, grind a mob, or even a player. But we draw your attention to the fact that this Mincer block cannot grind a player in Creative mode!

Many players may find it useful to use this unit, while others can simply use it for fun, for example, even as a trap.

How to create this block?

In order for the player to craft a mincer block, you must have six iron ingots + one Redstone + one gunpowder! Below you can see the crafting recipe:

It is important to know: This block will work only if you create two such blocks and place one on the other, otherwise if there is only one mincer block it will not work! Below you can see an example:

After you have created two mincer blocks, you can check how it works on some kind of creature.

As soon as the creature is located above this block it will be sucked in and grinded. After the mob is crushed, the player will receive XP from him. 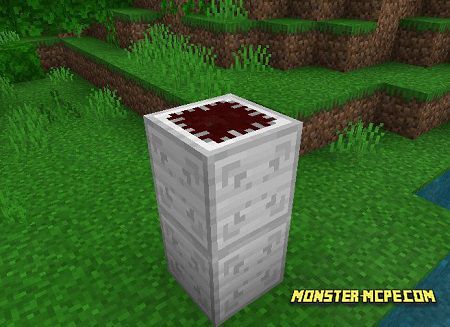 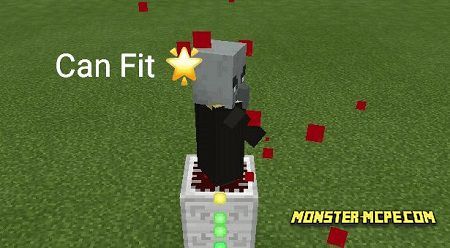 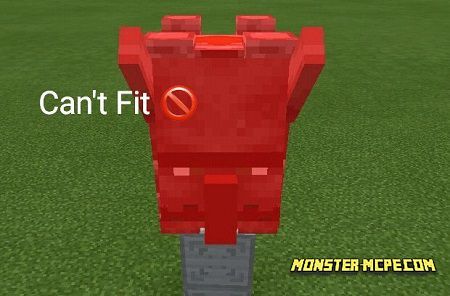 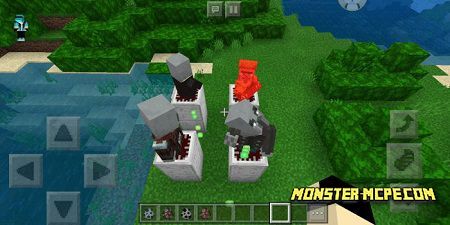 For impressionable players, we recommend disabling the blood effect in the game settings as described below in the screenshot: 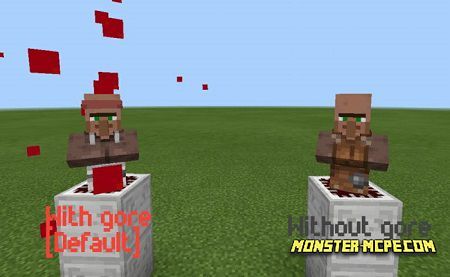 Related News:
More Tools Add-on 1.18
Has it ever happened that you have a lot of resources in your
Golden Utilities: Transport Any Mob and Much More Add-on
Have you ever faced the problem of transporting mobs or maybe you
Cave Enhancements Add-on 1.16+
We present to your attention a large and fairly voluminous Cave
Jurassic Addon
Jurassic Addon - this is a fairly large and voluminous addition that,
Comments (0)
Commenting