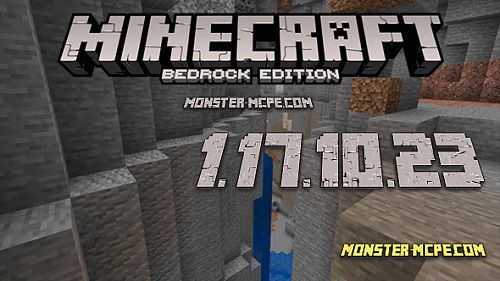 In this update, we reduced the generation of Andesite and Diorite, and also fixed four more bugs. Let's take a look below with you all the fixes that the new update introduces.

As mentioned earlier, this is a small update with some fixes that are quite significant for the gameplay in the Minecraft world. In total, five bugs have been fixed. Below you can see the list of changes:

1. The first is, as mentioned above, the change in the generation of Andesite and Diorite, in this update the generation was reduced;
2. The crash when using the Fireball on Candles at a certain angle has been fixed;
3. A bug has been fixed where Bone Meal only grows one plant when used for a Grass block;
4. A bug has been fixed in which the structure is placed in an unloaded area using commands, and then removed;
5. And the last is a bug fix in which the portal of the Nether world teleported to the wrong coordinates.

Related News:
More Tools Add-on 1.16+
Has it ever happened that you have a lot of resources in your
Golden Utilities: Transport Any Mob and Much More Add-on
Have you ever faced the problem of transporting mobs or maybe you
Cave Enhancements Add-on 1.16+
We present to your attention a large and fairly voluminous Cave
Minecraft PE 1.18.0 for Android
We present to your attention the new version of Minecraft Pocket
Comments (0)
Commenting